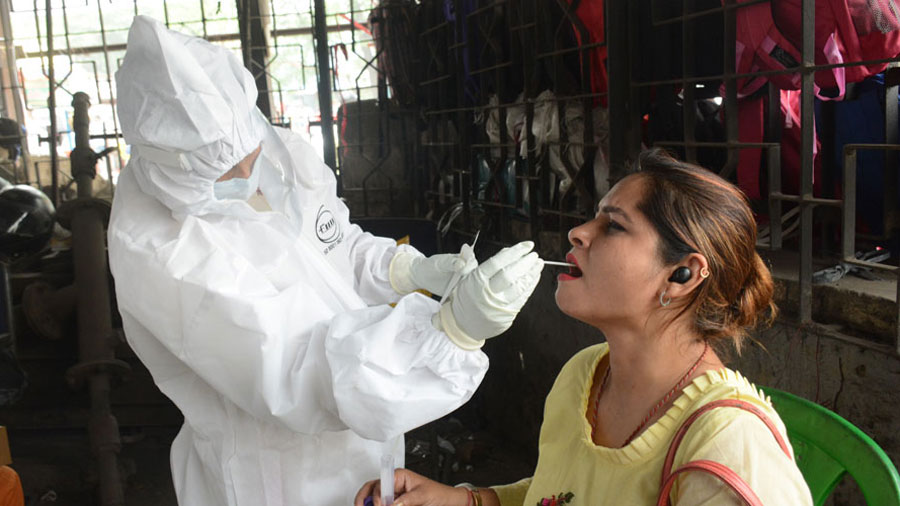 Even on Christmas, the statewide total was 552 and that of Calcutta 197.

The surge apparent since last Wednesday, is mostly restricted to Calcutta and its surrounding areas for now, and is attributed by sources in the state government to the disregard for Covid-19 safety protocols among revellers in the run-up to Christmas.

New infections reported on Sunday are indicative of people getting infected between December 24 and 28.  The 3,194 new infections for Calcutta is the highest day’s count for the city since May 22, 2021. Calcutta also reported two deaths on Sunday.

Calcutta and its immediate neighbourhood of North and South 24-Parganas, Howrah, Hooghly and Nadia accounted for 5,165 or 83.94 per cent of the new infections on Sunday.

In perhaps the day’s only silver lining, 19 of the state’s 23 districts reported zero deaths.  The state’s mortality rate is 1.2, while that of the nation is 1.33 per cent.

According to the Union health ministry data released on Sunday morning, Bengal has 20 omicron cases (including four recoveries). The state is 10th among states, the top three being Maharashtra (460), Delhi (351), Gujarat (136).

Bengal now has more than 16.49 lakh Covid-19 cases, since the first was logged in March last year. The total includes over 16.12 lakh recoveries and 19,781 casualties.