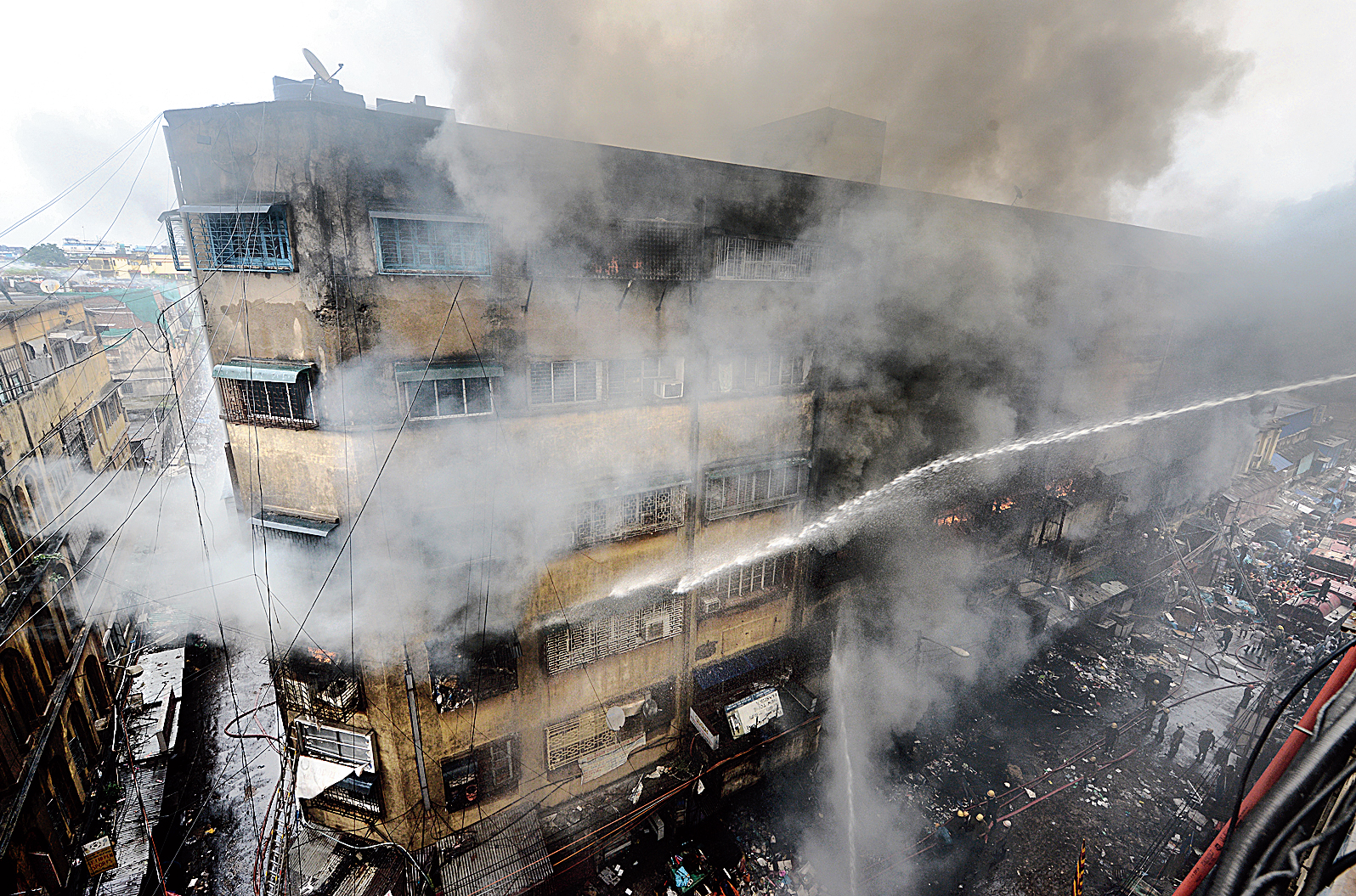 The Mamata Banerjee government on Monday decided to slash fire-licence fees across categories by 92 per cent after complaints emerged that the fees fixed in 2017 were too high for small traders and institutions.

“The chief minister was receiving complaints regarding the fire-licence fee during district review meetings. She had set up a committee to look into the issue. The fee is being cut down by 92 per cent. The chief minister had promised and she delivered,” said Amit Mitra, state finance minister, at Nabanna on Monday.

There are four categories in Bengal under which fire licences are obtained.

Fire licence for the first category — which includes residential buildings and schools and other educational institutions up to the height of 14.5m — was fixed at Rs 53.80 for every square metre or Rs 25,000, whichever was higher.

But the committee set up by the chief minister brought down the fee to Rs 4.35 per square metre and there will be no minimum amount for obtaining the licence.

Similarly, the fire licence for the second category —which covers hospitals, nursing homes and guest houses — has been cut down to Rs 6.52 per square metre from the earlier Rs 80.70 per square metre or Rs 30,000, whichever was higher.

The fee for the third category — which includes ports, airports, offices and shopping complexes — was fixed at Rs 8.70 per square metre from the earlier Rs 107.60 per square metre or Rs 50,000, whichever was higher.

The government decided to cut down the licence fee for the fourth category, under which licences are given to hazardous units such as fire-cracker units, to Rs 13.05 per square metre from Rs 161.40 per square metre or Rs 1 lakh, whichever was higher.

“The fire and emergency services department is not a revenue generating department. The drop in the licence fee will help common people as well as small traders. We have brought down the fee by 92 per cent in every category and removed the minimum payment system,” said Mitra.