Dhankhar acting as the mouthpiece of a specific political party, says Biman Banerjee 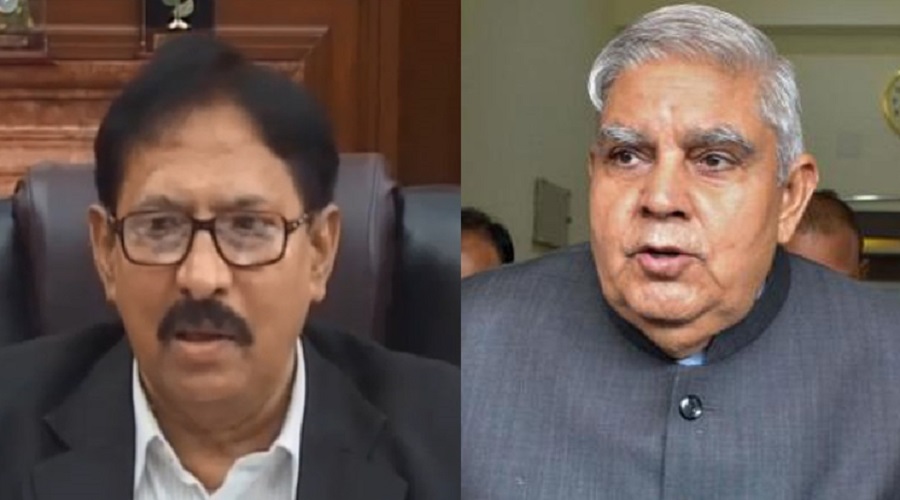 Bengal Assembly Speaker Biman Banerjee has complained to his Lok Sabha counterpart Om Birla about the "excessive interference" of Governor Jagdeep Dhankhar in matters related to parliamentary democracy and functioning of the House.

Banerjee complained to Birla about Dhankhar during the virtual All India Speakers' Conference on Tuesday.

"I told the Lok Sabha speaker about the excessive interference of Governor Jagdeep Dhankhar in parliamentary democracy and the functioning of the Assembly.

"Despite being passed by the Assembly, several bills are lying with the governor as he has not signed them. This is unprecedented in the history of West Bengal's parliamentary democracy. Such a thing has never happened before," Banerjee told PTI.

Dhankhar, who shares a strained relationship with the TMC government, is yet to react to the development.

"We have been saying this for a long time that the present governor is acting as the mouthpiece of a specific political party. He is not only interfering in the functioning of the state of affairs but is also maligning the West Bengal government," senior TMC leader and MLA Tapas Roy said.

However, the West Bengal unit of the BJP came out in support of the governor and claimed that he has exposed the truth.

"The TMC is angry with the governor as he has exposed the lawless situation in the state. There have been complaints against him earlier, but all of them were baseless," BJP state chief Dilip Ghosh said.

The TMC government and Dhankhar have been sharing an acrimonious relation since he assumed office in July 2019.