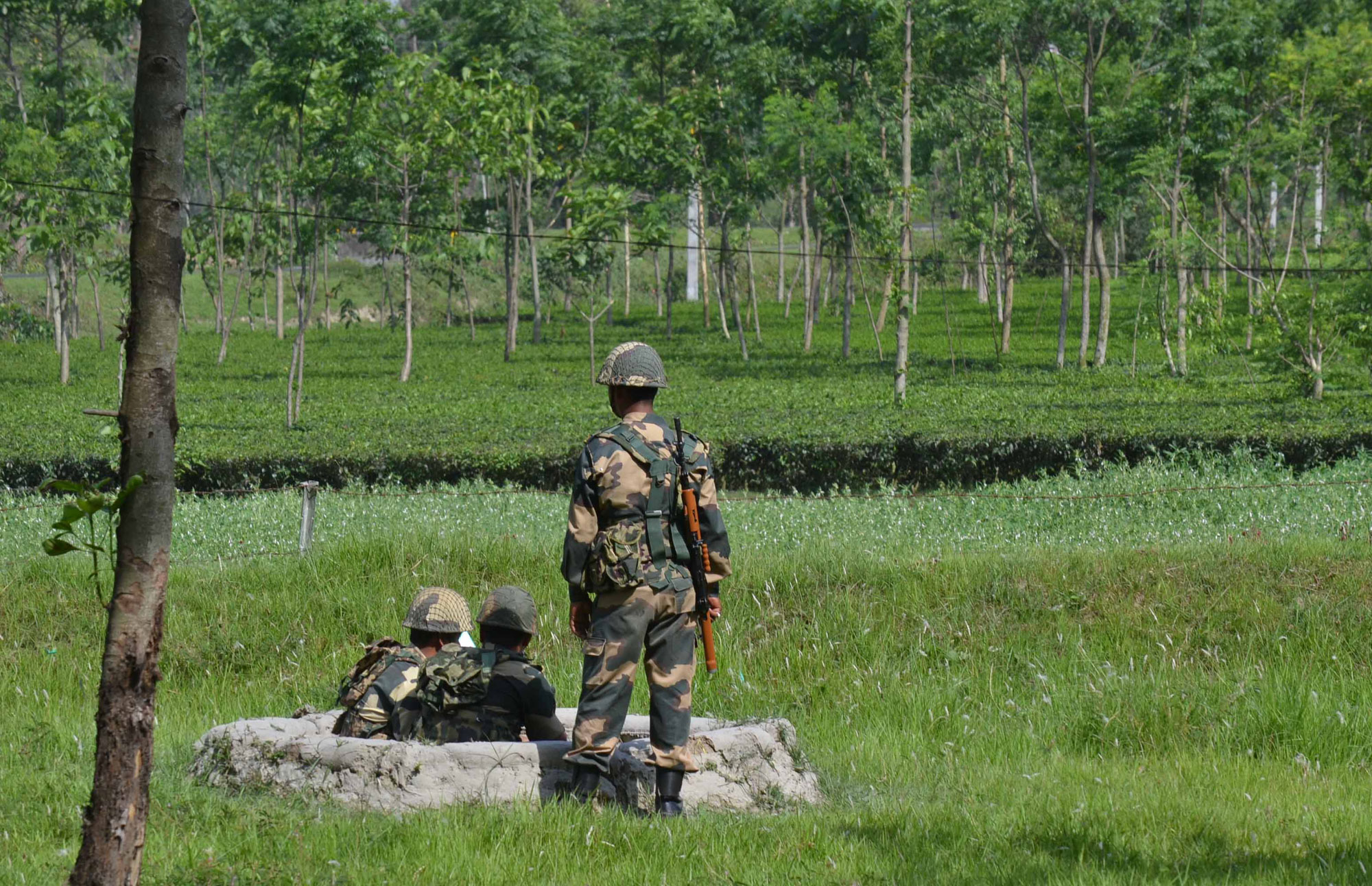 On Thursday, BSF head constable Vijay Bhan Singh, 51, was killed and another constable was injured in alleged firing by BGB personnel at the Indian forces who had gone to secure the release of an Indian fisherman who had strayed into Bangladesh waters.
File picture
Alamgir Hossain   |   Jalangi   |   Published 18.10.19, 09:02 PM

Bangladesh home minister Asaduzzaman Khan Kamal on Friday said in Dhaka that “misunderstanding” between the chiefs of the border forces of the two countries had been resolved through talks, but in India the Border Security Force lodged a murder complaint against Border Guard Bangladesh personnel in connection with the death of a head constable.

On Thursday, BSF head constable Vijay Bhan Singh, 51, was killed and another constable was injured in alleged firing by BGB personnel at the Indian forces who had gone to secure the release of an Indian fisherman who had strayed into Bangladesh waters.

The death has suddenly soured the ties between the forces that have always enjoyed a warm relationship. “This was an unexpected incident. The relationship between the BGB and the BSF is fantastic. We are all shocked by this sudden incident,” Kamal said, asked by reporters in Dhaka for his comments on the Padma firing on the BSF boat.

Sources in the Bangladesh government said the ruling establishment in Dhaka was embarrassed and was trying to calm nerves on both sides of the border after tension flared up along the Charghat frontier in Rajshahi when the BGB personnel tried to stop Indian fishermen from catching hilsa in Bangladesh waters.

The BSF personnel who had gone to retrieve the fisherman had apparently entered the Bangladeshi zone.

While the BSF had claimed that the BGB personnel opened fire without provocation, the BGB had accused the BSF personnel of violating international maritime convention, forcibly trying to take away a detained person and then opening fire at them.

In Murshidabad, police sources said the in-charge of the BSF’s Bamnabad outpost, K.C. Meena, had lodged a murder complaint against BGB personnel at Jalangi police station.

“We have received a complaint and have started probing the case,” said Mukesh, the Murshidabad police chief.

Sources in Murshidabad said the tragedy could have been avoided had the BSF personnel acted with caution.

“Catching hilsa is restricted in Bangladesh. The government there has set up a committee that conducts raids to stop fishing. One of our fishermen got caught in a raid while two others managed to flee…. The BSF personnel got carried away and entered Bangladesh to bring back the fisherman,” said a source, who did not wish to be named.

A BSF officer in Murshidabad, however, rubbished this version, which matches the BGB’s. “Their claim is false…. Bangladesh is trying to hide the truth even after the death of one of our colleagues,” the officer said.