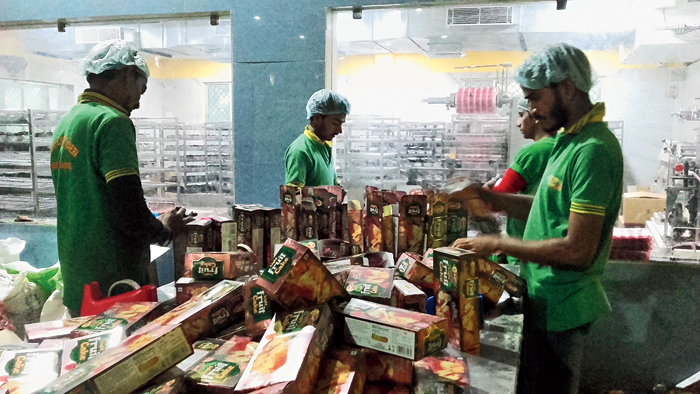 Widespread disruption in rail and road traffic across Bengal, along with panic over the Citizenship (Amendment) Act, has hampered availability of labourers to make cakes at Bandel’s famed bakeries ahead of Christmas.

Owners of several bakeries said the labour shortage was the result of disenchantment within the local Muslim community.

“The cake industry here is over three centuries old. For the past few decades, it is seasonal labourers from the Muslim community in Howrah and Murshidabad who help us keep the tradition alive,” said a bakery owner in Bandel.

“This year, a large number of them are unavailable because they are scared and there is no transportation following large-scale protests since Friday,” he added.

Sources said at least 30 large bakeries — located in what is known as ‘Church Town’ — formed the backbone of the seasonal cake trade in the area.

“Several European colonies were set up in the Hooghly area starting in the 16th century. There was a Portuguese colony in Bandel, which built the Bandel Basilica,” said Saptarshi Banerjee, a local historian and resident of Chinsurah town.

“As a result of all festivals and ceremonies at this large church, Bandel’s bakeries became famous over a period of time,”he added.

Another bakery owner said the main labour force had been from the Muslim community in neighbouring districts for the past few decades. “They usually start coming to Bandel in the first week of December. Many times, they also bring orders with them because our cakes have become so popular. Cakes are supplied to Calcutta, Howrah, Murshidabad, Nadia, Birbhum and Malda in high volumes throughout the festive season,” he added.

Nawab Ali Mollah, who owns Bengal Confectionery in Bandel, had a target of making 60,000 cakes in the current Christmas season. But he said his business was going to take a hit following the unrest.

“I don’t know what will happen with my orders,” said Nawab, a 35-year veteran of the trade.

“After the bill was passed, several labourers informed me that they were not interested in working as they were not sure of their future. I convinced them to join the work, but even that became impossible when train and road services were disrupted,” Nawab added.

A section of bakery owners said they were sceptical about meeting their orders.

“I had manufactured 20,000 cakes before the problem started over the CAA. But now, I am in a fix how to sell them. Buyers from Murshidabad, Malda and Birbhum have already informed us that they will not come to take their orders until the situation turns normal,” said Prolay Ghosh, another bakery owner.