ATM looted and torched in Malda

The accused Madhab Biswas is absconding 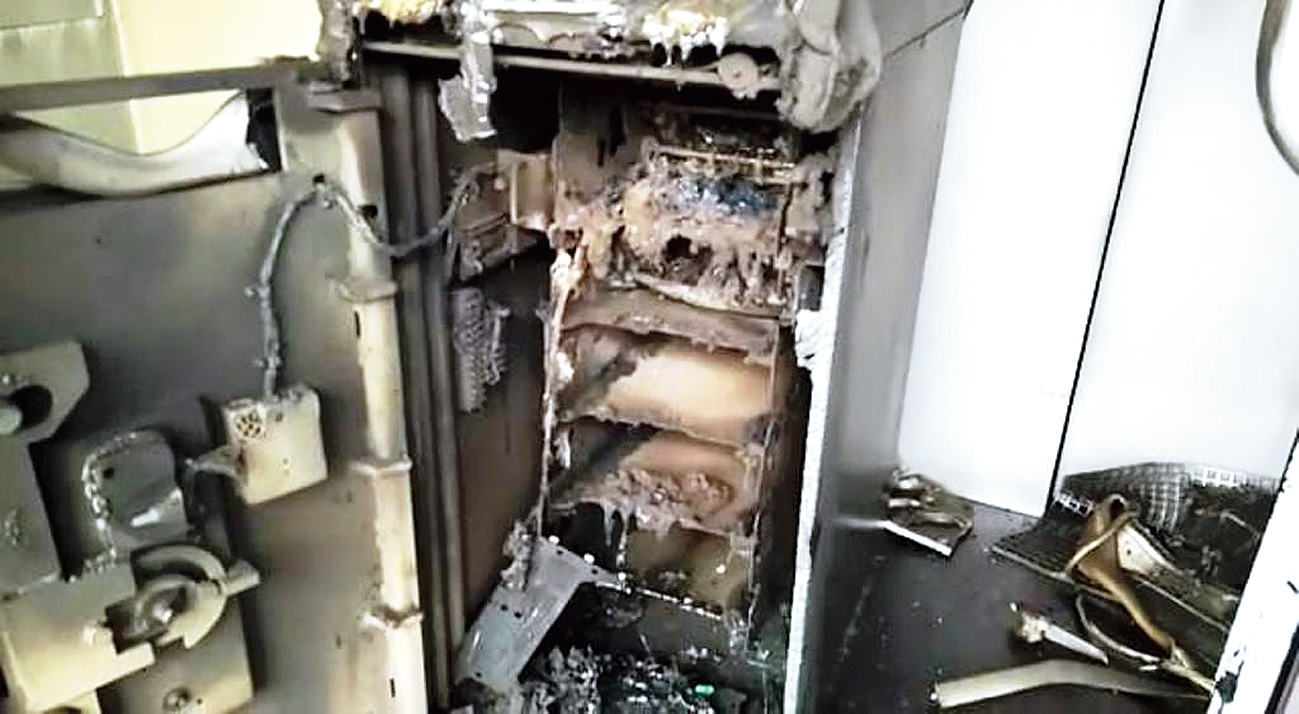 A group of miscreants barged into an ATM kiosk of State Bank of India in Malda late on Friday and decamped with cash.

The burglars also torched the ATM and ransacked the CCTV cameras and the air conditioner, police said.

“We are trying to find out whether there is any other CCTV camera nearby to identify the robbers,” said a police officer.

“This is the first time that such an incident has occurred in our area. It seems that the attackers have acted in a planned manner to avoid identification,” said a resident of government colony no 2.

Bank officials said they were yet to ascertain how much cash was looted from the ATM.

A man allegedly hacked to death his wife and father-in-law during a feud at a village in Cooch Behar’s Dinhata on Saturday.

Police said the deceased have been identified as Sachin Das, 50, and his daughter Shampa, 25.

The accused Madhab Biswas is absconding.