Art of creating a treasure trove from scratch 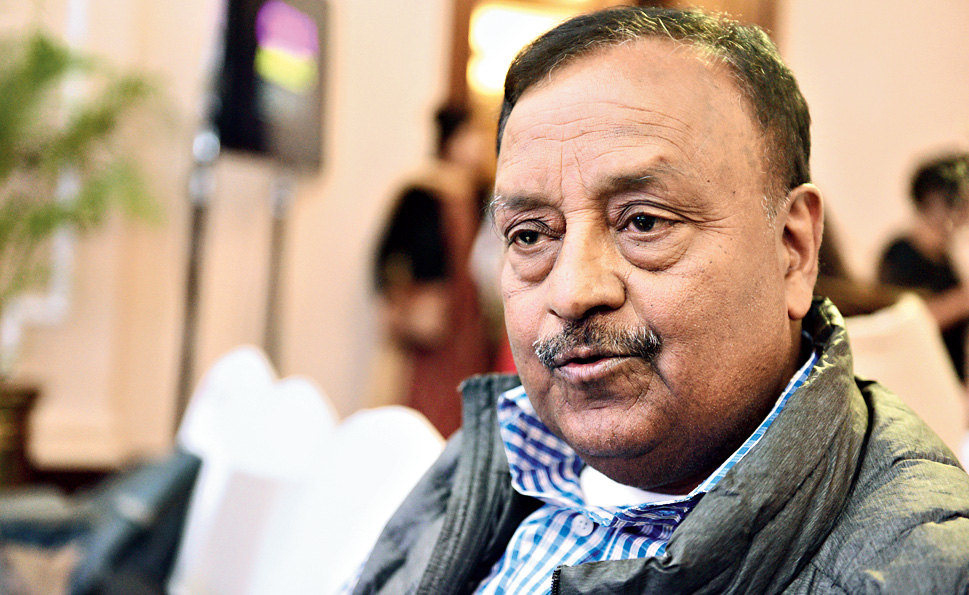 A retired bureaucrat who, by his own admission, knew little about art until a few years ago, has sculpted with passion a trailblazer art project in Bihar that has set the benchmark for other states to emulate.

Anjani Kumar Singh is the president of the Bihar Museum, the latest landmark on the map of Patna and the fruition of an idea that he believes was ahead of its time.

“Nitish Kumarji (Bihar chief minister) thought of it and together we executed the project,” said Singh, who was felicitated at the CIMA Awards Show 2019 on Saturday for his outstanding contribution to the Bihar Museum.

The Bihar Museum is an unexpected attraction in Patna with all the amenities of a modern art house — Japanese aesthetics couched in a 21st Century environment-friendly structure that houses a collection firmly focused on the state as the central character in the story of India.

Singh, who retired two years ago as the chief secretary of Bihar and was immediately made chief adviser to the government, is delighted that the Bihar Museum is seen as a model for others to follow. “The other states are under tremendous pressure. They say, ‘Bihar has done it, why can’t we?’.”

On why Nitish picked him for the project despite his lack of experience in the world of art and artists, Singh said: “Somebody had to do it. Nitishji knew I was a plant enthusiast but he also knew I had no experience in art. He still asked me to do it and never compromised on anything.”

Canada-based Lord Cultural Resources was hired as the master consultant for the project. Japanese firm Maki and Associates, which won the contract as the main architectural consultant, proposed to execute the design with the help of Mumbai-based Opolis Architects.

The foundation stone was laid on June 9, 2013, and construction started in July the same year. The colossal structure spread across 15 acres was opened to the public on October 2, 2017.

Maki and Associates had visualised the design with four different facets: the museum as an expanse to reflect the layers of Bihar’s history, as a journey that reflects the memories and epics of the state, as an educational landscape, and as a symbol that reflects India’s past and future.

Instead of a structure compressed into a particular floor area, the architects chose a dispersed scheme in which the building is spread out and the surrounding landscape integrates with it.

They applied the Japanese concept of Oku, which creates a sense of anticipation and contemplation. It allowed for the interplay of courtyards and terraces, alternating indoor spaces with outdoor and breaking the monotony of the viewing experience. Keeping in mind the metallurgical tradition of the land, the architects used 9mm plates of “weathering” or Corten steel on the facade of the buildings.

In the two years since its inauguration, the museum has been getting a footfall of over a lakh visitors a month.

“The museum has created so many jobs. Today, when there is a dearth of jobs, this museum is independently hiring so many people for various positions. But we still need skilled people who can maintain the project. There is a shortage of museologists and curators. We need guides, we need carts and vehicles to take around school kids who visit the museum and we need good staff. As far as funds are concerned, half the maintenance cost is covered by sale of tickets,” said Singh, a 1981-batch IAS officer.

Asked if he would take up a similar role in Bengal, if offered one, Singh said: “Bengal does not have a scarcity of talent. Wherever you attend an art show, you will find at least 50 per cent Bengalis as participants. If something like a Bihar Museum ever comes up in Bengal, I am sure there are good hands to shape it. Rakhi Sarkar (CIMA director) can herself do it. She is a renowned name in the world of art. She had visited the Bihar Museum and her suggestions have been very helpful in shaping the project.”