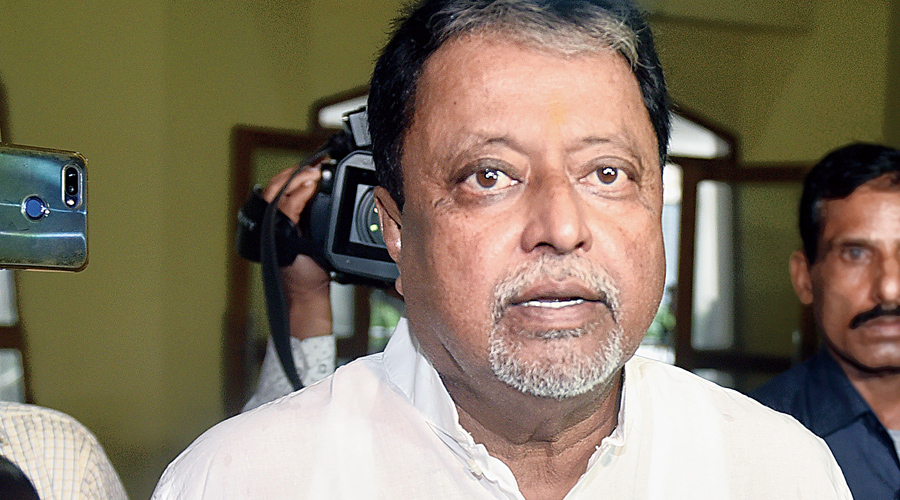 The Supreme Court on Monday allowed Bengal Assembly Speaker Biman Banerjee two weeks to take a decision on the disqualification plea filed against Mukul Roy, who had won as a BJP candidate from Krishnagar North, by Opposition leader Suvendu Adhikary under the anti-defection law.

A bench of Justice L. Nageswara Rao and B.V. Nagarathana didn’t, however, pass any specific directive, but rather orally hoped that the Speaker would take a decision in two weeks.

The court posted the matter for further hearing to the second week of February.

The post is generally reserved for someone from the opposition party.

“We are not recording it Mr Singhvi, but please make sure that in the meantime it is done,” Justice Nageswara Rao heading the bench told the senior counsel appearing for the Speaker. The bench was hinting that it was not passing any written order, but rather expected the Speaker to take a decision on his own.

The court passed the direction even as Nahphade insisted that the matter be heard today itself, as according to him the Speaker had indefinitely delayed the decision contrary to the Apex court’ earlier judgments on the three- month time frame fixed for deciding on disqualification plea before the Speakers in matters under the 10th schedule popularly known as the anti-defection law. He opposed Singhvi’s plea for adjourning the matter by three weeks. However, the court adjourned it for two week to enable the Speaker take a decision on his own.

The bench was dealing with a special leave petition filed by the Speaker challenging a Calcutta High Court division bench order of then Acting Chief Justice Rajesh Bindal and Justice Rajarshi Bharadwaj passed in September last year. By the said decision the high court had directed the Speaker to take a early decision on the disqualification plea filed by opposition leader Suvendu Adhikari, who had challenged Roy’s defection to TMC in June last year. Another petition was also filed by BJP MLA Ambika Roy in the high court challenging Roy’s subsequent appointment to the Public Accounts Committee (PAC) on the ground that the post is usually reserved for the opposition.

The high court while noting that the issue of the defection and subsequent appointment to PAC were inter-related had directed the Speaker to take a decision on the disqualification and had passed certain strictures against him for having ignored the Supreme Court’s earlier judgment in the K. Meghachandra Singh Vs Speaker Manipur, wherein the top court had fixed an outer limit of three months for the presiding officer of the House to decide on such disqualification plea under the 10th schedule.

Aggrieved by the high court’s directive, the Speaker had moved the present SLP.

In the Manipur speaker the Apex court had earlier ruled that the Speaker exercised a quasi- judicial function and his actions are amenable to judicial scrutiny.