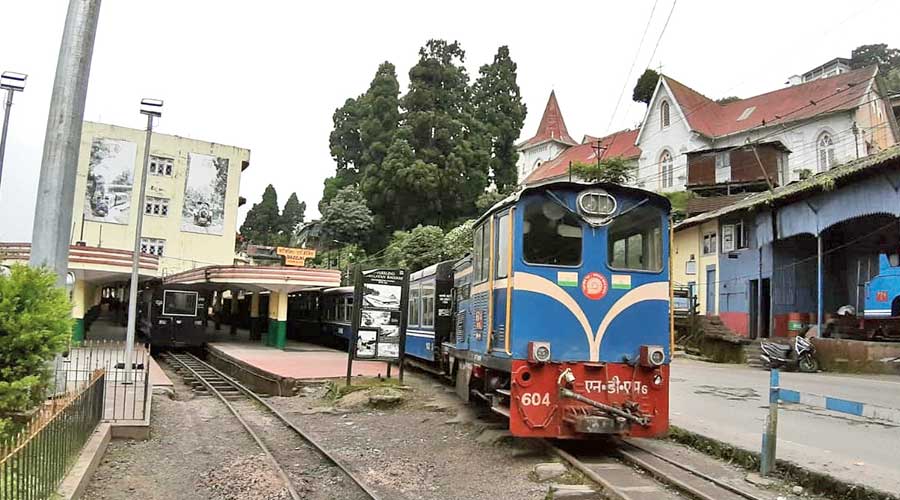 The Anit Thapa faction of the Gorkha Janmukti Morcha will demonstrate at all Darjeeling Himalayan Railway (DHR) stations on Friday to protest the Centre’s decision to include the world heritage railway in its recently announced National Monetisation Pipeline plan.

Keshav Raj Pokhrel, secretary-general of the faction, said protesters would wear black armbands but not use its flags so as to make the event an all-inclusive protest of the region.

“This government is trying to sell the country in the name of monetisation to cover their faulty economic policies. The DHR is a pride of our place and we protest the Centre’s decision to include it in its monetisation plans,” said Pokhrel. “We want the Centre to delist DHR from the monetisation plan. If our plea falls on deaf ears and blind eyes we will decide on our future course of action.”

The protest will start in all the 10 railway stations from Darjeeling to Sukna between 11am and 1pm. A signature campaign and an online petition will also start.

“We will send the petitions to the railway ministry and Prime Minister’s Office. I also appeal to Darjeeling MP Raju Bista, who won the election on the identity card, to ensure that one of the identities of our place is preserved,” said Pokhrel.

The Centre has identified the DHR, the Nilgiri Mountain Railway (Tamil Nadu), the Kalka Shimla Railway (Himachal Pradesh) and Matheran Railway (Maharashtra) among the public assets that “may be monetised through the OMD (operation, management and development) based PPP (private-public participation) model”.

The policy papers outlined by the Centre suggested that “the station and adjoining real estate on the railway land may be bundled along with train operations to bring in viability and commercial attractiveness”. It has also  suggested that “the heritage nature and project assets and aesthetics” be “preserved by the Concessionaire”, meaning the private player who will use the property to earn revenue.

Unesco had come up with a project to develop a Comprehensive Conservation Management Plan (CCMP) for DHR as they felt that Indian Railways “has been confronted with several issues concerning the conservation, maintenance and management of these (world heritage sites)”.

A senior official of the DHR said that CCMP work had been completed.

“The recommendations have come to us, we have made our recommendations(observations) and sent it to Unesco, which will put it up to their advisory committee for approval,” the official said.

“After the approval the final recommendations will be made to us.”