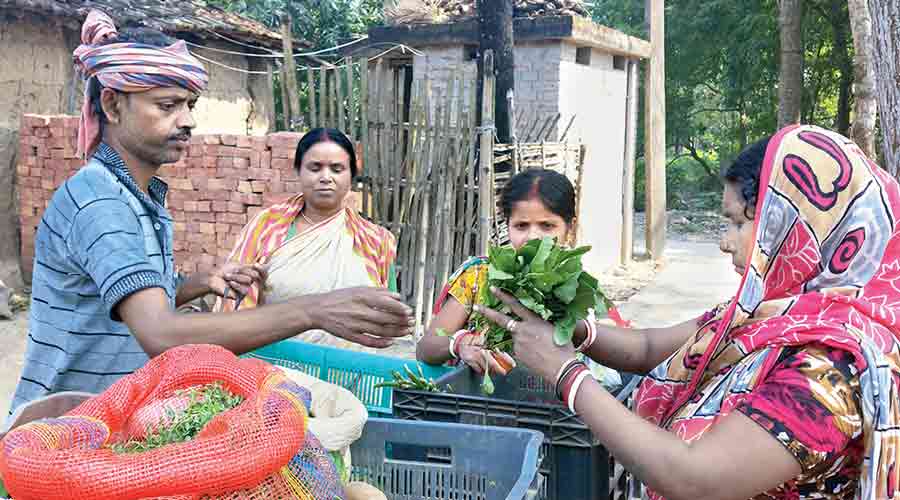 Bhuban Das, 42, was a known trouble-maker in the sparsely populated village of Chachanda in Murshidabad. An alcoholic, he had also taken to bootlegging.

Even now, villagers recall how there had been a breakout of alcoholism among the men of Chachanda 2015-16 because of Bhuban. However, much water has flown down the Bhagirathi since then and Bhuban has undergone a metamorphosis of sorts.

Unable to rein in his alcoholism, a group of residents led by retired schoolteacher Abdul Latif took it upon themselves to bring him back to the straight and the narrow. They explained to him how his trade in spurious alcohol was ruining the society.

“He was taken by shock at first, as most alcoholics are, but he later warmed up to the idea of rectification when we offered him some financial support,” Latif said.

Today, Bhuban is among the most popular vegetable vendors in Chachanda. Asked about his reformed ways, Bhuban pointed to a sturdy rickshaw van loaded with effulgent vegetables, freshly picked from local fields.

“They (the villagers) gave me Rs 40,000 to buy this van. Now who am I to cause any more harm to this society?” said Bhuban, looking back down at his vegetable stock in order to check a few overflowing items.

“Four years ago, I had gone astray. I regret that I may have passed on the habit to others,” he added with folded hands.

Bhuban’s reform has not gone unnoticed, providing weight to the theory that setting a public example often goes a long way.

“Stories of public alcoholism had started to pour in over the past year, and we were disgusted,” Latif recalled the time around late 2017 when the villagers came together to address the problem.

Latif said he received the maximum support from homemakers. Charulata Das, 32, is a homemaker whose husband would consort with Bhuban.

“He (Charulata’s husband) would return home unruly and drunk. My disgust at this sort of behaviour led me to lend support to village elder Latif,” she said, expressing gratefulness that their efforts paid off.

Bhuban’s wife, Basanti, said her greatest relief had been the restoration of public respect. “My daughters now go to school, and that too with their heads held high,” she said.

“I am grateful that we live in such a society. If it wasn’t for them, my life would have been different. No longer do I live in fear of police bringing my husband home, or local officials checking on us. It used to be a cause of shame for us,” Basanti added.