Mamata refuses to comment on the tug of war between Bengal govt and centre on the issue, says state will give ‘full support to whatever is going on with him’ 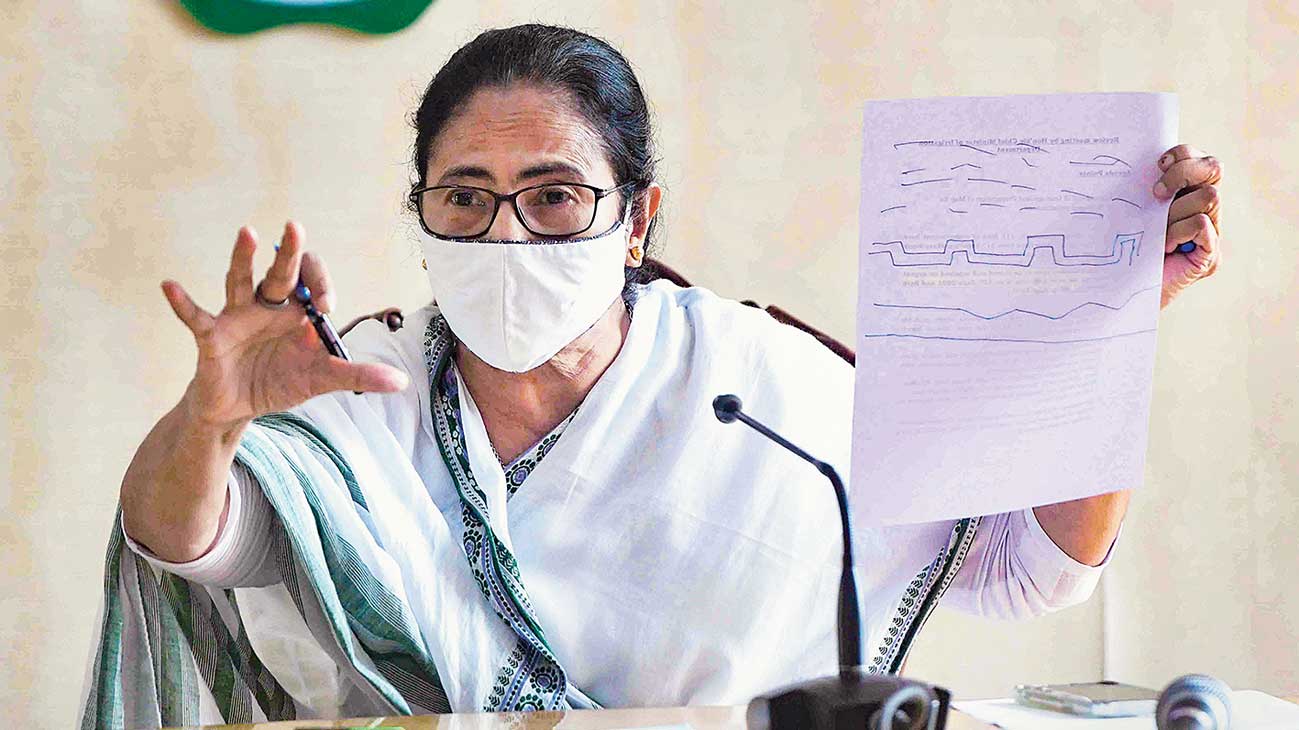 Mamata Banerjee on Wednesday refused to comment on the tug of war between the Bengal government and the Centre over Alapan Bandyopadhyay, former chief secretary and now the chief advisor to the chief minister, saying the chapter was over with the 1987-batch officer retiring on May 31.

“The Alapan Bandyopadhyay chapter is over…. He has retired,” said the chief minister during a news conference at Nabanna on Wednesday.

“The state government will give full support to whatever is going on with him,” she said, making it clear that she would stand by the bureaucrat, whom the Centre targeted since Mamata, along with him, skipped a Cyclone Yaas review meeting convened by Prime Minister Narendra Modi in Kalaikunda last Friday.

Bandyopadhyay was showcaused by the Union home ministry asking him to explain why action would not be taken against him under Disaster Management Act, 2005, for not attending the review meeting of the Prime Minister in Kalaikunda.

The Union government had earlier asked him to join on central deputation by June 1. But as he retired on May 31, the home ministry issued the showcause under the Disaster Management Act.

Sources at Nabanna consider the chief minister’s latest approach to the episode to be smart as the state government cannot remain busy with one issue.

“The state has to take care of so many things, including Covid-19 and post-Yaas rehabilitation. At the same time, the chief minister also made it clear that her government would stand by the former chief secretary in case he faces any trouble,” said a source.

The sources have also said Mamata’s move could be a calculated one as she knows that if the focus is shifted from the issue, it could die a natural death.

“This had happened in the case of three IPS officers who had been asked to join central deputation after the attack on BJP national president J.P. Nadda’s convoy. There had been a tug of war between the state and the Centre over the issue for the first few days. Once the issue was out of the limelight, it had a natural death and the officers are still working with the state government,” said a bureaucrat.

Bandyopadhyay did not send his reply to the showcase under Disaster Management Act, 2005.

“He will send his reply on Thursday. As he was given three days of time to send his reply, he took his time and would send the letter on the last day,” said a bureaucrat aware of the developments.

Sources close to Bandyopadhyay think he has a strong case in his favour as he was present when the chief minister handed over a list of damage that had taken place in the state because of Yaas.

“Technically, he cannot be held responsible for giving the Prime Minister’s review meeting a miss. It is another fact that he had to obey the chief minister’s instructions and followed her to Digha by taking permission to leave the meeting early. No one can deny that the chief minister was his immediate boss and no bureaucrat can disobey his or her immediate boss,” said a retired bureaucrat.

The sources also said the former chief secretary’s reply would be in those lines.

Bandyopadhyay on Wednesday met several officers and attended a meeting of the chief minister at Nabanna where issues like repair and construction of damaged embankments were discussed.

A number of river embankments had been damaged in the cyclone.