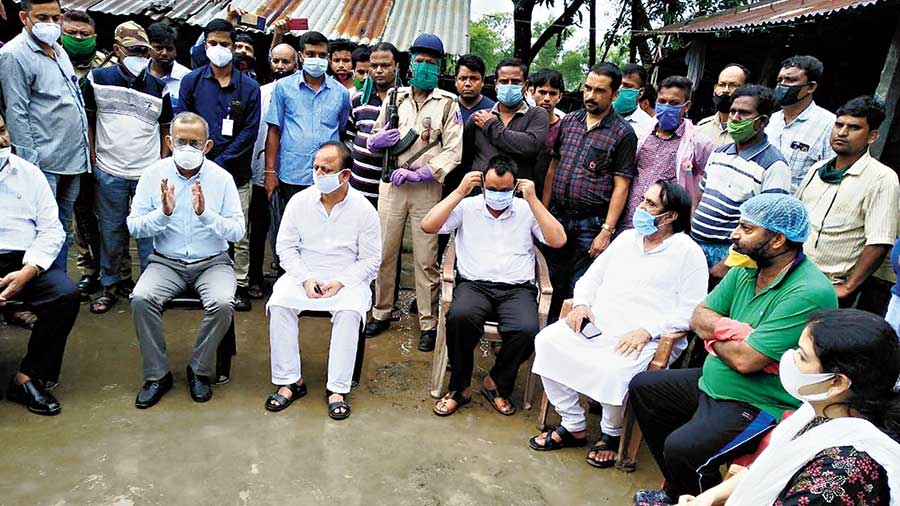 The body of a 16-year-old boy was found in a swamp on Monday in Chopra block in North Dinajpur where a girl’s unnatural death on Sunday sparked violence and arson on NH31.

Schoolmates, the boy and the girl had passed Madhyamik this year. On Sunday, the girl’s family accused the boy of “murder by poisoning”. On Monday, the boy’s family filed a murder FIR, leading police to detain four persons.

“We found the body of the main accused while the girl’s body has been handed over to her family. Our men are patrolling the locality. Senior officers are working on the case,” said Sachin Makkar, SP of Islampur police district.

The girl’s brother had said on Sunday that she went missing since Saturday evening.

The boy’s family said he had been missing since Saturday night. His mother said the girl and her son were friends.

“At 10pm on Saturday, my son was at home when someone called him on his cellphone. He went out and did not return. On Sunday, we came to know the girl died and that her family blamed my son. On Monday, his body was found,” she said.

A cellphone, some papers, a cycle and an umbrella were near the place where the girl was found barely alive on Sunday morning. She died on her way to Islampur hospital. “The cellphone belongs to the boy,” the girl’s mother said.

On Monday, BJP leaders, including MPs Sukanta Majumdar and Nisith Pramanik, had reached the Islampur hospital to take the girl’s body but the police stopped them. Her family was later allowed to take the body for last rites.

“We are here on the orders of the chief minister (Mamata Banerjee) and met both the families. Anyone found responsible for the deaths will be arrested,” said Deb. On Sunday;s violence, he alleged “were brought in”.

A four-member delegation of the BJP met Union home minister Amit Shah in Delhi, demanding the case be investigated by the CBI and central forces be deployed in Chopra.