A year on, Sitalkuchi awaits justice for slain four 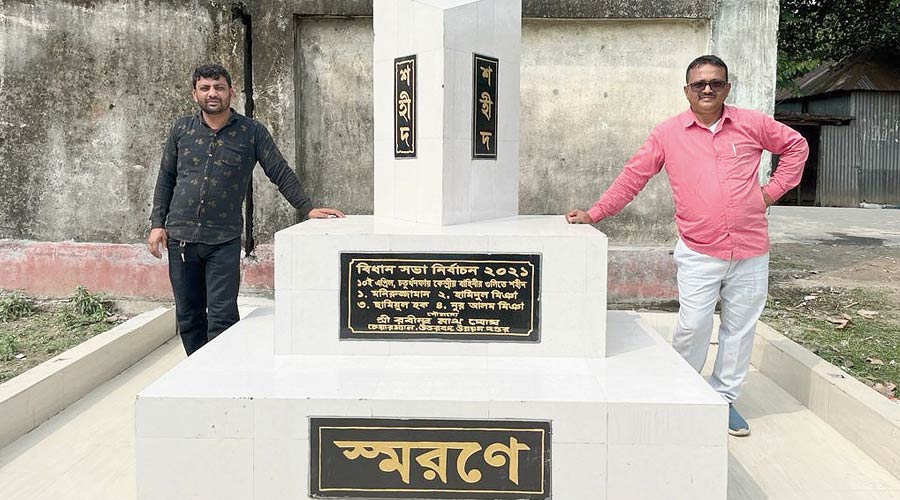 Family members of the four youths who died in a CISF firing at a polling booth at Jorpatki village of Cooch Behar district during last year’s Assembly polls are still waiting for the punishment of the personnel.

On April 10, 2021, when polling of the fourth phase of the Assembly elections was on, the CISF had opened fire at Amtali Madhyamik Siksha Kendra (booth 5/126) in Jorapatki, Sitalkuchi constituency.

The incident created shock waves in the state. Chief minister Mamata Banerjee had accused the central paramilitary force of being “trigger happy”.

She had rushed to Mathabhanga subdivision under which Sitalkuchi falls, where she met the victims’ kin and promised them government jobs.

The state ordered a CID probe into the firing and the investigation is still on.

“Among the four affected families, the wives of two victims and the brother of another victim have been recruited as home guards. The sister of the fourth victim will also get a similar job and the application is in progress,” said Alijar Rehman, a local Trinamul leader.

He said after the incident, they formed the Jorpatki Shahid Smritiraksha Committee (a forum to remember the quartet) and took up the task to build a “martyrs” column at the site of the firing.

“A year back, we had lost four youths from our village. The column has been built to remember them. On Sunday, we will observe the first anniversary of the gruesome incident and pay homage to them,” said Rehman.

Abdul Gani, a panchayat member of Trinamul who was instrumental in raising the column, said: “We still recall the horrific day when the youths, who were standing at the booth to cast their votes, fell to the bullets. It is an incident which we villagers can never forget. We thank the chief minister as her decision to provide jobs to the families has helped them survive.”

The family members said the jobs of home guards enabled them run their kitchens but what they wanted was the trial and punishment of the CISF personnel who had opened fire.

“We want justice and have complete faith in the CID and the state government. All those who had fired should face the consequences,” said Asma Khatun, the wife of deceased Hamidul Mian.

Rahela Khatun, deceased Maniruzzaman’s wife, who is working as a home guard now, said that the Centre and the saffron camp were silent on this incident.

“Unlike the chief minister who rushed to our place and stood by us, we have not been consoled once by any representative of the Centre. We are also residents of this country,” she said.