A test of willpower & grit for Bengal girl 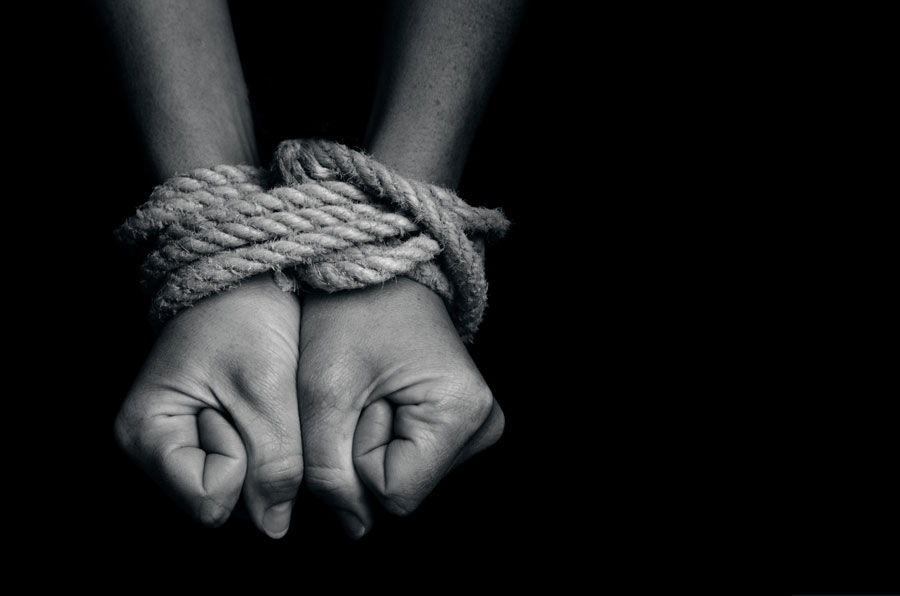 The girl was kidnapped and trafficked to a Mumbai brothel from where she was rescued
Representational image from Shutterstock
Chandreyee Ghose   |   Calcutta   |   Published 05.03.20, 08:16 PM

Kidnapped and trafficked at 13 and rescued from a brothel in Mumbai six months later, a girl from Joynagar in South 24-Parganas returned to studies after a gap of four years and wrote her Madhyamik examinations this time.

The girl, a first-generation learner, resisted her parents’ attempts to get her married after rescue and instead went back to school. At 18, she was the oldest in her class and would often hear taunts from some classmates but that didn’t deter her.

She worked hard, studying for 12 hours every day to prepare for her Boards. “My papers went well,” the girl said, her face glowing.

The girl was in Class V when a boy befriended her. “I agreed to accompany him to Sealdah station, thinking we would return home after an outing,” she said.

The girl ended up in a Mumbai brothel, from where she was rescued by Maharashtra police.

A Canning-based NGO, Goranbose Gram Bikash Kendra (GGBK), helped arrange her return home in 2018. She spent the interim period at various shelter homes, including one run by Sanlap.

“At Sanlap, I studied a bit and also trained in vocational skills. But what interested me were the storybooks there. I had never held one before. I tried to read a collection of short stories in Hindi for the first time. It was interesting. I also started reading books on English grammar and sharpening my skills,” the girl said.

Keen on returning to school, she had a tough time convincing her parents who wanted her to get married.

“My parents started pressuring me to get married. My two sisters had been married off right after Class VI. My brothers are also school dropouts, the girl said.

The trafficking episode had left the girl so traumatised that she could not touch books initially. “Neighbours kept harassing me. So to avoid confrontation, I would stay indoors. It took me a year to overcome the trauma, abuse and peer pressure and step out,” the girl said.

A year’s counselling later, the girl finally got back her voice. “Sharing of experiences with members of Bandhan Mukti, a trafficked victim support group under GGBK, helped me get out of my shell and fight with my parents for my right to education,” said the girl, who went on to enrol herself in Class IX in a new school.

“I decided not to give up. I faced the bullies and complained to the principal before the girls finally stopped. Now we are all friends,” she said.

The girl has gone on to organise awareness campaigns about trafficking in schools along with other Bandhan Mukti members.

“Rehabilitation of trafficking victims is a long-drawn process. A lot of girls are deprived of it. Less than 10 per cent get the opportunity to rejoin school. Most are married off. Many are so psychologically and physically scarred that they don’t want to study further. Poverty also compels them to give up on their dreams,” said Nihar Ranjan Raptan, the founder-secretary of GGBK.

The 18-year-old now wishes to help her father, who earns around Rs 3,000 per month by selling used goods, start a business with the Rs 4 lakh she has received from the state government as compensation money.

“I dream of becoming a lawyer and fighting for the rights of trafficking victims in future,” said the girl, who also wants to build a house for her parents and travel the world.