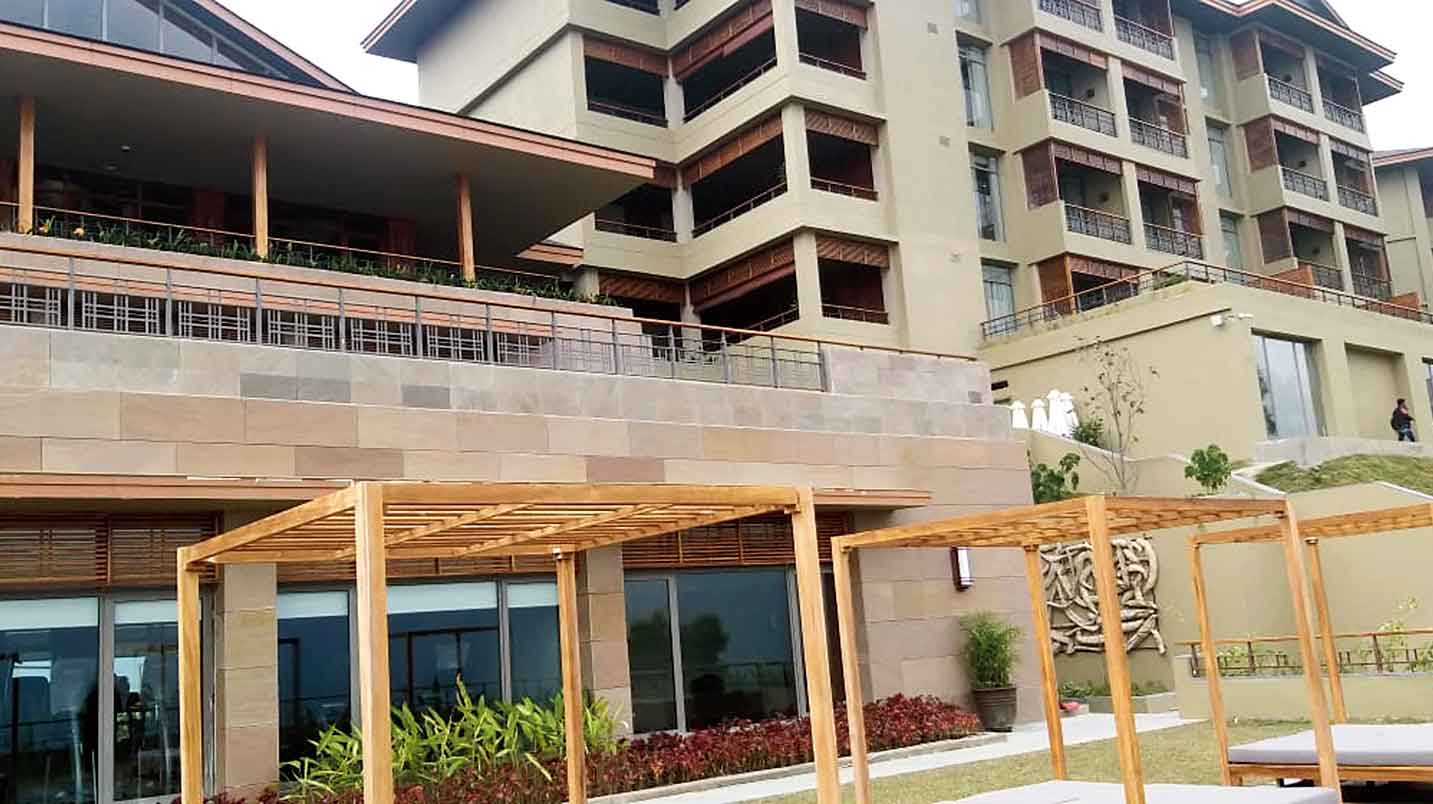 The Taj Chia Kutir Resort & Spa luxury resort and spa that has come up on the Makaibari tea estate near Kurseong
Telegraph Picture
Vivek Chhetri   |   Kurseong   |   Published 11.12.20, 12:37 AM

Political instability in the hills and the worldwide pandemic notwithstanding, the Ambuja Neotia Group in partnership with the Taj group are ready to open the first of the five planned properties at the picturesque Makaibari tea garden in Kurseong from December 14. Industry veterans feel this development will be a game changer for Darjeeling tourism.

The 72-room Taj Chia Kutir Resort & Spa at the world-famous Makaibari tea garden, spread over 22 acres, is fully ready. The entry of the Taj group in the region is expected to give a fillip to high-end tourism.

“We are delighted to partner with IHCL under the “Taj” brand…….This partnership will give a strong impetus to the development of tourism in eastern region,” said Prosenjit De, vice-president of hospitality, Ambuja Neotia Group.

Suresh Periwal, advisor, Himalayan Hospitality and Tourism Development Network, who has been in the industry for the 52 years, said that entry of the “Taj brand” would be a game-changer.

The Ambuja group has invested around Rs 150 crore in the Makaibari property, providing a much-needed investment for hill tourism.

The Kurseong property, complete with heated swimming pools — a not-too-common option in the hills, international culinary choices and other high-end amenities, is also looking at promoting wellness tourism.

Darjeeling was considered a health sanatorium by the Britishers. Of late, resorts are being set up in tea gardens of Darjeeling hills but this Kurseong property is the largest so far in terms of occupancy. The group also has properties in other parts of the region and plans to create a circuit to show the diversity in the region.

“The plan is to set up a circuit right from Calcutta to Dooars to Darjeeling to Sikkim and other places in the region,” said V.S. Dwivedi, director, AN Group.

Construction in Kurseong started in 2017 but the hills were soon closed for 104 days due to the Gorkhaland agitation. Things had barely limped to normality when came the Covid pandemic. “Our dateline was delayed by six months,” said Dwivedi.

The four other properties which are being developed by Ambuja Group and will be operated under the Taj brand are being set up near Gangtok and Patna and two in Calcutta. The total investment in these five properties is estimated at Rs 800 crore.

“Taj Guras near Gangtok and the one in Patna should be operational by 2022 while the Calcutta projects should be completed by the second quarter of 2021,” said Dwivedi.