Advertisement
Home / West-bengal / ‘Worried’ over what lies ahead

‘Worried’ over what lies ahead 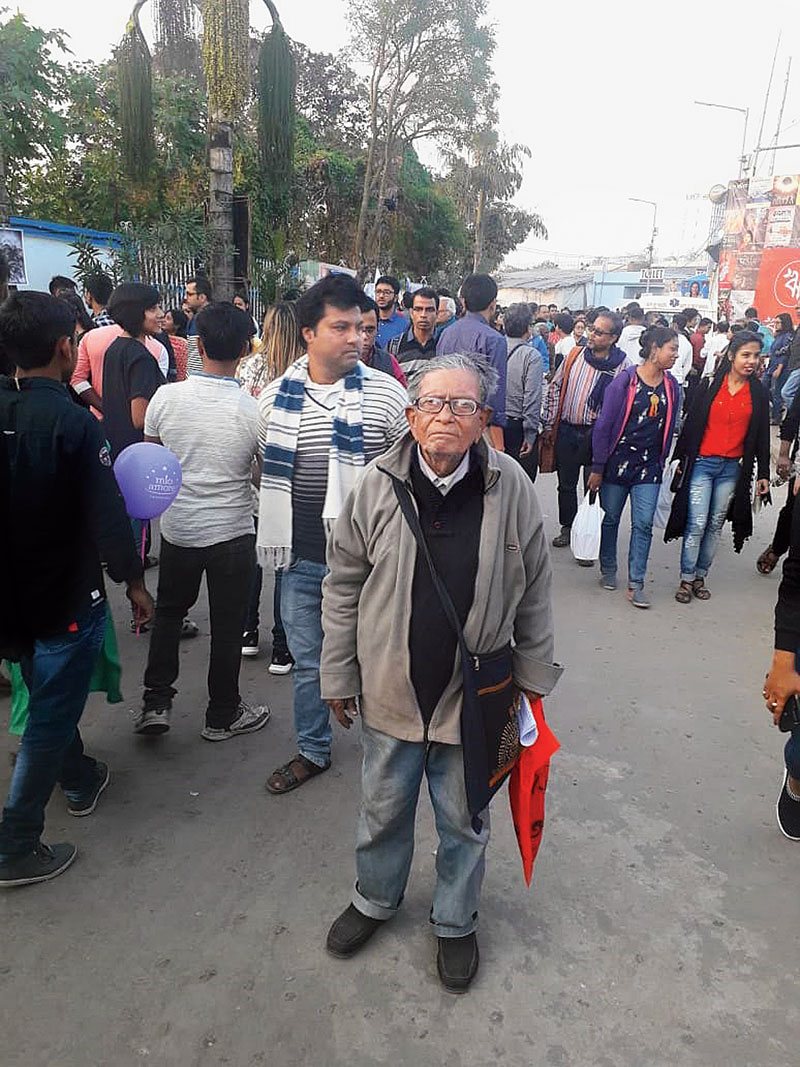 An 80-year-old man who had arrived in the city from Barishal, in present-day Bangladesh, before Partition was seen buying booklets on the Citizenship (Amendment) Act and the National Register of Citizens at Calcutta Book Fair on Sunday.

Sudhir Ghosh Dastidar, who lives in Jodhpur Park, told The Telegraph he was “worried” over what awaited him in the new citizenship regime.

“I want to know more about the CAA and the NRC. We don’t know whether the central government would throw us out of India because we lack certain documents such as land deeds. When our forefathers had settled here, they did not foresee such a situation,” the former employee of the Calcutta Municipal Corporation said when asked why he was buying the booklets.

Ghosh Dastidar is more worried about the way the minority communities are being harassed in the new regime.

“The Hindus and the Muslims have lived peacefully over the years. Why the Muslims are being harassed in this fashion? Don’t they have any other business? Let the Narendra Modi government resolve the issue of unemployment before introducing such acts,” said Ghosh Dastidar, who visited the fair on the last day with his son.

“A large number of youths are unemployed and they don’t have anything else to do. They are being brainwashed by the BJP into believing that driving away the Muslims and the refugees would solve all problems,” he said.

He bought booklets on the subject that were being sold by students of the Indian Institute of Engineering Science and Technology and Jadavpur, Calcutta and Presidency universities.

A booklet Ghosh Dastidar bought from an IIEST student was titled “CAA-NPR-NRC aapnar jonnyo kyano khatikarak (Why CAA-NPR-NRC is bad for you).” The student who sold the booklet was part of a march against the CAA-NRC-NPR on the fair premises.

Ghosh Dastidar was not the only one. Many book lovers were seen buying similar booklets from the protesting students.

Some yards away from Ghosh Dastidar stood Indranil Mitra, a garment trader.

While many students sold the booklets walking across the fair ground in protest rallies, a few set up a stall. The students said they took to crowd funding to publish the booklets.

“People from diverse sections of society visit the fair. We wanted to sensitise them as much as possible,” said Shouvik Roy, a research scholar at IIEST.

Sudipta Guha from Belghoria bought a booklet on CAA and NRC from the stall Ardhek Akash, set up by students of JU, CU and Presidency.

“I am not against the CAA per se because every country needs to have a citizenship card for its citizens. The problem is the Modi government has clubbed the NRC with CAA,” said Guha, a state government employee.

Another buyer, Shafikur Hassan from Diamond Harbour, said: “There are confusions about the act, which has triggered protests across the country. I want to understand the extent of the danger.”

A number of students of comparative literature student of Jadavpur University assembled in front of little magazine stalls and sang against the citizenship regime.