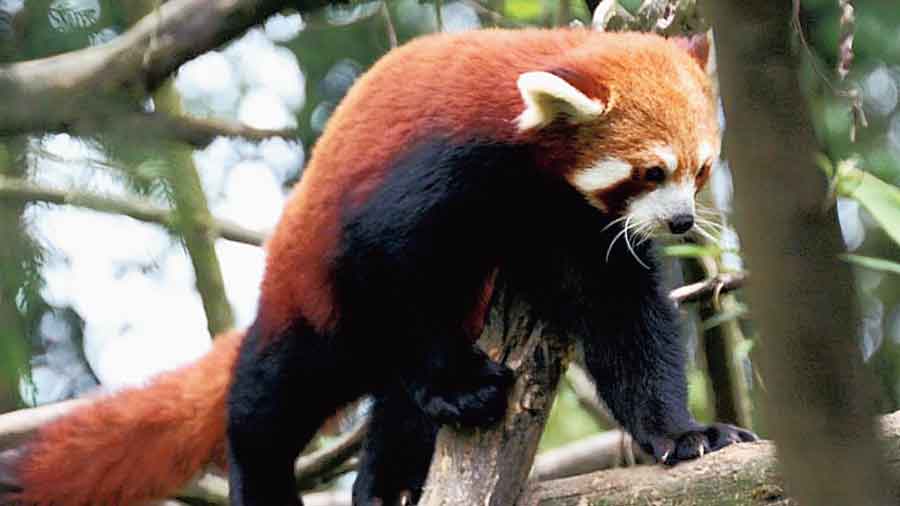 Altogether 26 animals of seven species have been born at the Padmaja Naidu Himalayan Zoological Park (PNHZP) in the past seven months under its captive breeding programme, the park authorities have said.

Sources said captive breeding of a number of endangered species of the Himalayan region was initiated at the zoological park at the beginning of this year. “In total, 26 animals — including seven red pandas, four snow leopards, five markhors, three leopard cats, three blue sheep, two Himalayan gorals and two Himalayan tahrs —have born till July this year,” said Dharamdeo Rai, the zoo director.

The zoological park — one of the major attractions for tourists visiting Darjeeling — was established in 1958. It has been identified as the only coordinating zoo of India to conduct captive breeding of red pandas.

The park runs a breeding centre at Topkey Dara, located around 12km from Darjeeling. Back in the nineties, it was launched under the “Project Red Panda” programme which is being carried out for conservation of the species.

According to Rai, if the cubs and calves are counted, the total number of red pandas in the park has increased to 27, followed by 26 Himalayan goral, 18 Himalayan tahr, 15 blue sheep, 12 snow leopard, 10 markhor and 9 leopard cats.

“Apart from the pandas, the zoo is also marked for captive breeding for these animals — considered as endangered species. One of the key reasons for selecting the park for the captive breeding programme is because of the climate of Darjeeling which helps in survival of the newborns,” said an official.