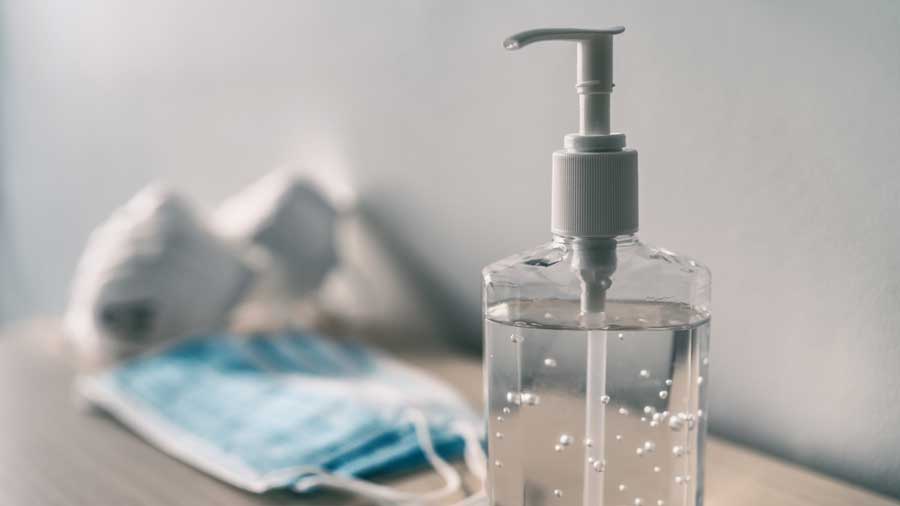 “Wearing of masks properly can help check the spread of the virus. The SHG members would be used to make people aware of this,” said an official
Shutterstock
Pranesh Sarkar   |   Calcutta   |   Published 16.09.20, 01:38 AM

The Mamata Banerjee government has decided to engage nearly 1 crore members of Self Help Groups to create awareness of how to battle the spread of Covid-19 in the rural areas of Bengal.

The decision has been taken in the wake of rising Covid cases at villages.

Initially, the spread of the virus was limited to two cities — Calcutta and Howrah — while cases were under control in rural districts. But the scene changed in the past few weeks.

As most villages have SHGs and the members are active in their areas, health department officials think they can play an effective role in creating awareness of dos and dont’s to fight Covid-19.

“Nearly 10 lakh SHGs are registered with the panchayat department with more than 1 crore members. We plan to engage them in generating awareness and assisting the health department in the battle against the spread of the novel coronavirus,” said a senior state government official.

According to the plan, members of the SHGs will be used to make people understand the importance of wearing masks and to assist the ASA (accredited social health activists) by providing them with information on health condition of villagers.

Sources in the health department said the awareness campaign in the rural areas was the need of the hour as it had been found that many of the villagers didn’t know what to do if they felt unwell. There is a lack of clarity in large parts of Bengal about the symptoms of the disease. Some are also not following norms when they are sent to home isolation.

“The SHG members could play a vital role here as they know each of the villagers personally,” said an official.

It has been reported that the disease has started spreading since the Unlock period started as many are not wearing masks when they are out in markets or congested places.

“Wearing of masks properly can help check the spread of the virus. The SHG members would be used to make people aware of this,” said an official.

Till now, the ASA workers have been carrying out surveys in households on the health condition of people. This has helped in keeping the spread of the virus in check, said a source.

The effort could be strengthened if SHG members could be engaged to assist the ASA workers, said the sources.

According to a bureaucrat, Bengal has a total of 53,000 ASA workers who work in 53,000-odd gram panchayats.

“On an average, each ASA worker covers a gram panchayat, which is a large area with a minimum of 10 villages. If SHG members are deployed to assist the ASA workers, the monitoring system would be strengthened,” said the bureaucrat.

Members of the SHG have been given a basic training on their roles. A video clip has been prepared by the panchayat and the health departments and it has been sent to all the SHGs.

The SHGs have trained their members on what they need to help the state arrest the spread of the disease.

Though the SHG members would not be given any remuneration for this purpose, the response from the member to join the effort is encouraging, said sources.

“Many of the members said they wanted to do the work voluntarily to keep their villages safe... The response we received from the SHG members clearly suggest we will be able to engage 70 per cent of the SHG members on this work shortly,” said an official.