Family members of Fensi Mondal, 31, report that she had suffered from diarrhoea the entire night before 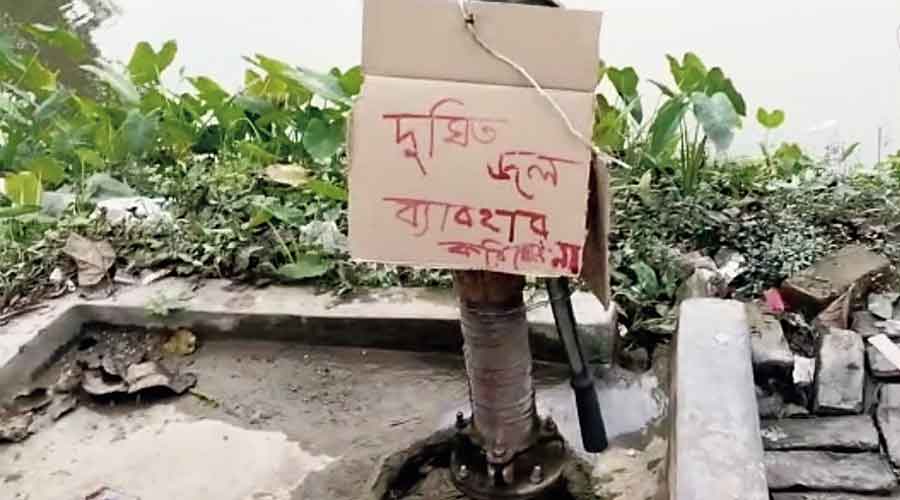 One person died on Friday and 20 others fell ill from a suspected case of bacterial contamination in a local tube well in Kamalapushparni village in Murshidabad district.

The doctor at the nearby Azimganj health centre pronounced Fensi Mondal, 31, a homemaker, brought dead on Friday morning.

Her family members reported that she had suffered from diarrhoea the entire night before.

Reports of food or water poisoning reportedly started reaching the health centre on Friday, with residents confirming all those who were unwell had consumed water from the local tube well located adjacent to an open drain.

“We had no idea that immediate hospitalisation could have saved her life. We thought this was mere food poisoning,” said Sabitri Mondal, 52, the mother of the deceased homemaker.

As of Saturday, 13 persons remain admitted to the Azimganj health centre. Four others have been sent to the Lalbagh subdivisional hospital.

Two more have been sent to the Behrampore Medical College and Hospital. One of them is reportedly critical.

More cases of diarrhoea were reported from across the village shortly after Mondal’s death on Friday, causing “widespread panic”.

The tube well has been sealed and samples (of the water) have been sent to FSL in Calcutta for forensic inspection,” said block medical officer (health), Akash Bhowmick.