S.D. Dhakal has been awarded the Sahitya Akademi Award 2020 for his novel Kirayako Kokh (Rented Womb) that was published in 2018 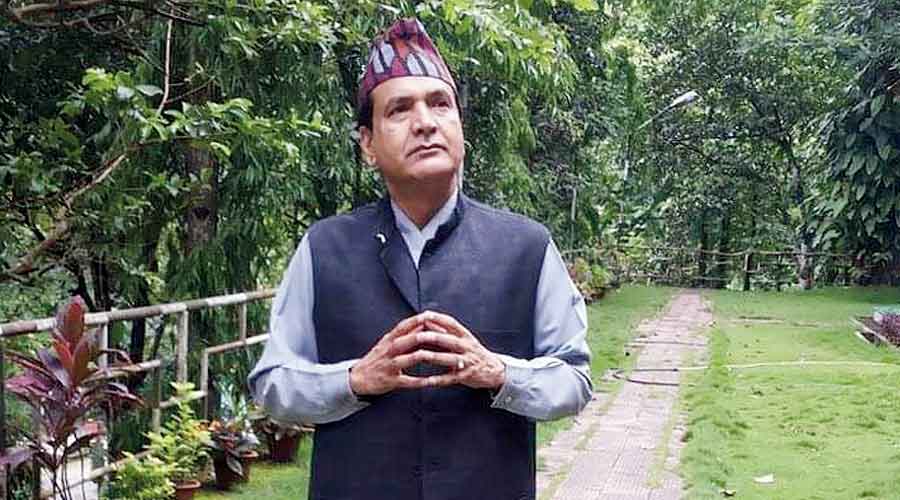 Writer and Sikkim bureaucrat S.D. Dhakal has been awarded the Sahitya Akademi Award 2020 in Nepali for his novel Kirayako Kokh (Rented Womb) that was published in 2018.

A release issued by the Akademi on Thursday said the book was selected at the recommendation of the jury comprising Nepali litterateurs Yuvraj Kafley, Shanti Chettri and Prem Pradhan on the basis of majority vote. The award is for works published between January 1, 2014 and December 31, 2018.

The award will comprise a casket containing an engraved copper plaque and a cheque for Rs 1 lakh. “The awards will be presented to the recipients at a programme to be held in Bangalore on September 18,” K. Srineevasarao, the secretary of the Sahitya Akademi, told The Telegraph over the phone.

The Akademi had announced the literary awards for 2020 in phases because of the delay in submission caused by the Covid-19 pandemic. The first batch of 20 awardees out of the 24 major languages were named in March, the second on Tuesday and the remaining two, Nepali and Rajasthani, on Thursday.

An elated Dhakal, who is the secretary to Sikkim chief minister P. S. Tamang (Golay), has said his novel “Kirayako Kokh” is a mix of fact and fiction touching on the science of surrogacy and the plight of the Nepali-speaking refugees from Bhutan who were deported en masse from the dragon kingdom in the 1990s.

“My interest is folk literature. I am into poetry as well, but since prose is more widely followed, I mostly write prose,” he told The Telegraph.

Dhakal, who has many published works in both prose and poetry, was also the recipient of the Sahitya Akademi’s Bal Sahitya Puraskar in 2016 for his compilation of short stories, “Bal Sudha Sagar”.