The Real Madrid coach batted away questions about the breakaway 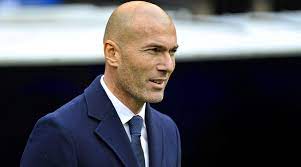 Speaking ahead of Wednesday’s trip to Cadiz in La Liga, Zidane batted away questions about the breakaway. “That’s a question for one person, the president,” he told a news conference on Tuesday.

“I’m here for the game. Everyone has their opinion but I’m not here to talk about that. I’ll talk about the game tomorrow, the league, the Champions League — the rest isn’t my job.

“You can say I’m sitting on the fence, and that’s fine. Because what I like doing is coach, that’s it.”

The Frenchman also said the dressing room had not been talking about any proposed Uefa sanctions, such as elimination from this season’s Champions League, as punishment.