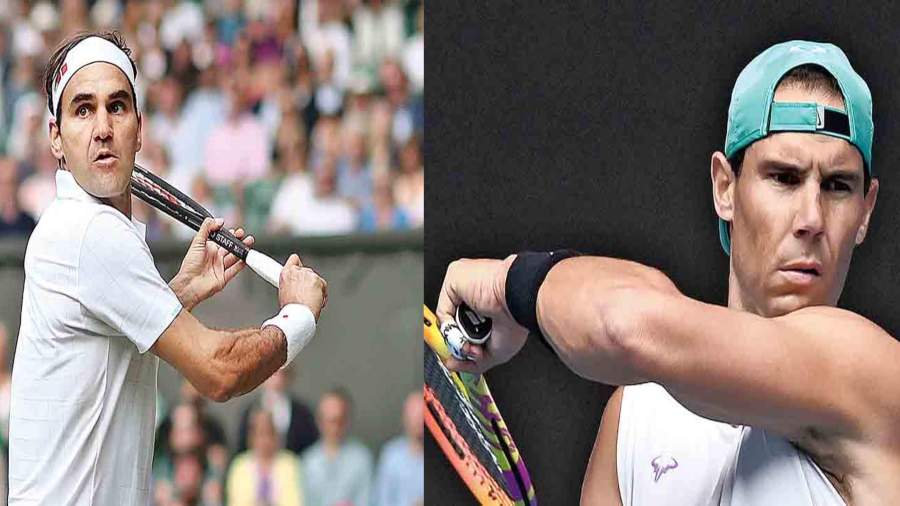 Two decades, three players and 60 grand slam singles titles. That, in a nutshell, has been the domination of Roger Federer, Rafael Nadal and Novak Djokovic in men’s tennis.

Since Federer won his first grand slam title, at Wimbledon in 2003, the world of men’s tennis has seen history being made, unlikely to be bettered.

But during that same time, there has emerged a bunch of exciting players on the women’s side and while Serena Williams did win almost anything and everything on offer for years, the competition has been a lot more open.

There have been surprise winners, such as teenager Emma Raducanu at last year’s US Open, and that has kept predictability away.

But with age, injury and off-court issues catching up with the Big Three, a window has opened for younger players to end the “oligopoly” in men’s tennis.

The likes of Stefanos Tsitsipas, Daniil Medvedev, Andrey Rublev and Alexander Zverev have all performed well in best-of-three-sets events, with the occasional win over one or the other of the Big Three.

Medvedev and Dominic Thiem won the US Open in 2021 and 2020, respectively, making them the only grand slam champions outside of the Big Three since 2016. But consistent success at the slams has eluded them.

In contrast, there have been 15 different women slam winners in the same period. Why this difference, one may ask. Was men’s tennis really devoid of talented players who could stand up to the Big Three in the past two decades? Or were they really just too good?

Jaidip Mukerjea, former Davis Cupper and coach, feels it is the latter.

“It is not that there were no good players. You had Stan Wawrinka, (Andy) Murray is still playing. Even now you have players like Medvedev, Zverev, Tsitsipas and Rublev coming up. I can see a new era beginning, now that Federer is hardly playing and Nadal is not really at his best. But yes, the past two decades have been extraordinary. They just dominated, period,” he said.

Mukerjea feels if the next generation has to really unseat the trio from the slam throne, they have to push themselves harder for consistency: “The consistency they showed may never get repeated. You really cannot find an explanation for such performance.”

Along with consistency, former Davis Cupper and national coach Zeeshan Ali said, it’s also their mental strength and ability to stay focused that stands out.

“They have set the bar so high that even when they are not around, it will not be easy to breach.

“You can’t create players like that. No system can have a blueprint to produce another Federer or Nadal or Novak. Champions like that are born with such talent.

“Take Murray for example, he has three titles. (John) McEnroe with seven and (Andre) Agassi with eight are considered legends. Murray, in any other time, could have won many more. Even a one-title wonder like Michael Chang perhaps had more credit given to him than players who have played in the last two decades. It is really not their fault that they were playing against these three.”

“I do see a new age coming up. Nadal may yet win this Australian Open, but it will not be easy for him. Medvedev, Zverev, Tsitsipas, Rublev — that’s the next lot coming up.

“But can anyone else win 20 grand slams (and counting)? I really don’t think so.”

An infusion of talent, as in the women’s game, would perhaps benefit the sport. “I feel on the women’s side, especially after Serena, there has been an explosion of talent. Equal prize money, more focus on their game from the authorities have also helped. But primarily the competition has been tougher with the top 10 slots remaining fluid,” Mukerjea said.