‘My opponent played much better, significantly better, than me’ 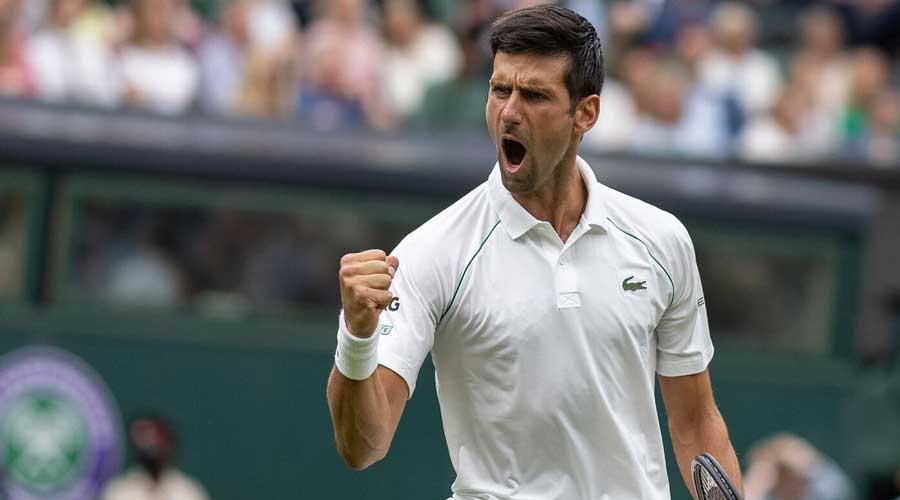 Defending champion Novak Djokovic overcame an early fright to fend off British teenager Jack Draper 4-6, 6-1, 6-2, 6-2 and launch his quest for a sixth title as action returned to Wimbledon on Monday.

But third seed Stefanos Tsitsipas had no such luck as American Frances Tiafoe caused the first big upset of the tournament, beating him 6-4, 6-4, 6-3.

“The bubble makes it really tiring week by week,” the French Open finalist told reporters when asked why he felt less motivated than on other occasions.

“It’s just not easy. It’s a challenge on its own already,” he added. “My opponent played much better, significantly better, than me.”

Tsitsipas, playing his first match since his French Open final defeat by Djokovic, was on the back foot from the beginning against a 57th-ranked opponent.

The first match on Centre Court since Djokovic’s nail-biting victory over Roger Federer in the 2019 final, between Djokovic and Draper was a classic David versus Goliath clash.

And while there was to be no dream grand slam debut for 19-year-old, the match proved the perfect way to bring Centre Court back to life after an enforced silence.

Grand slam main draw debutant Draper broke serve in the third game and made a mockery of his inexperience to win the opening set to huge roars from the crowd.

With the roof closed because of rain, the stage looked perfect for a Wimbledon shock of monumental proportions.

But Djokovic is not a 19-time grand slam champion for nothing and the Serb quickly snuffed out the danger, levelling the match by dominating a 26-minute second set.

When Draper completely missed an overhead to drop serve in the second set, Djokovic roared in relief. From that point on it was straightforward enough for Djokovic.

“It feels great seeing everyone and being back on the most sacred tennis court in the world,” Djokovic said on court.

American Sloane Stephens won the battle of grand slam winners against twice Wimbledon champion Petra Kvitova, ousting the Czech 10th seed from the All England Club with a 6-3, 6-4 victory.

The 2017 US Open champion came into the match on Centre Court with a 2-1 head-to-head lead against Kvitova, who lifted the Venus Rosewater Dish in 2011 and 2014, but all their previous meetings had been on hard courts.

Former world No.3 Stephens, who has slipped down the rankings to 73rd, arrived in London without playing a lead-up event on grass but showed no signs of rust.

With persistent rain preventing play on the outside courts, 16 matches were cancelled.

World No.9 Iga Swiatek made a convincing start with a 6-4, 6-4 win over the tricky Hsieh Su-wei of Taiwan.

Johanna Konta, the only British woman seeded in singles here, was dropped from the tournament because a member of her team tested positive for Covid-19.

The All England Club said the 27th-seeded Konta is required to self-isolate for 10 days. Konta is the first singles player to be withdrawn from the field because of coronavirus protocols.

Spectators gave a standing ovation to Sarah Gilbert, the Oxford University professor who co-designed the Oxford/AstraZeneca vaccine, on Centre Court before play began. Gilbert, who was seated in the royal box, was awarded a damehood in the Queen’s birthday honours earlier this month.