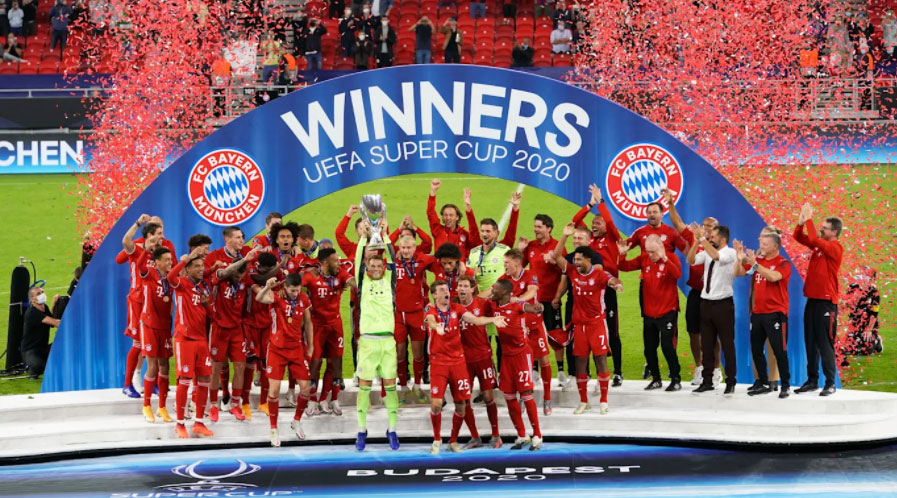 If Javi Martinez is set to leave Bayern Munich, he crafted the perfect farewell letter by firing his side to a 2-1 victory over Sevilla in the Uefa Super Cup on Thursday.

Europa League winners Sevilla had taken a 13th-minute lead through Lucas Ocampos’s penalty and Bayern levelled through Leon Goretzka in the 34th.

Martinez, who, local media reported, is about to return to Athletic Bilbao eight years after leaving the Spanish club for Bayern, had only been on the pitch for five minutes when he headed home the decisive goal in extra-time.

“You can always count on him, whenever he comes on he always gives 100 per cent and has the experience and mentality to win games like he did today (Thursday), that was the key,” Bayern coach Hansi Flick under whom Bayern completed a quadruple, said.

“I always want to give 100 per cent for Bayern and I showed that,” Martinez said.

The Uefa Super Cup was the first European game played with fans in the stands since the sport returned amid the pandemic. Some 15,000 fans were seated in Budapest’s Puskas Arena with the game seen as a test event for the gradual return of fans to European games.