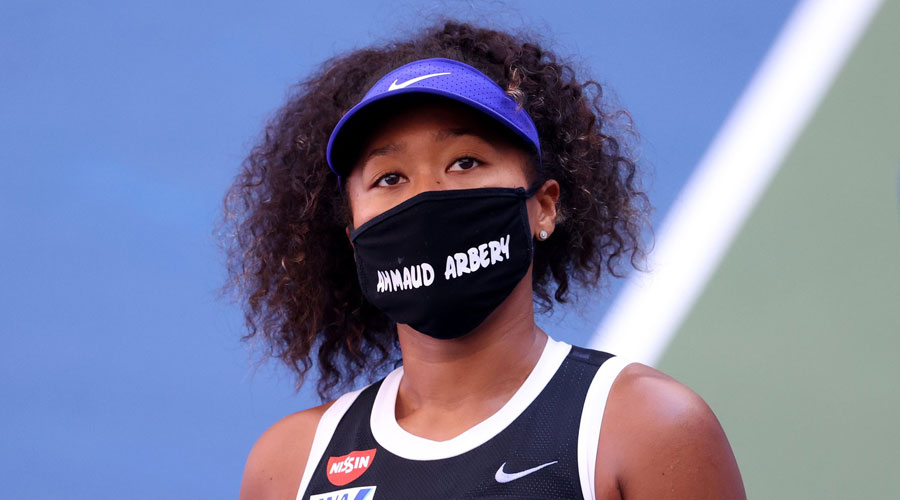 Russian Daniil Medvedev rolled through the US Open third round by demolishing American J.J. Wolf 6-3, 6-3, 6-2 on Saturday. The third seed seized the early momentum, breaking Wolf’s serve for a 3-2 lead in the first set in which he committed just two unforced errors in a show of near-flawless play.

In the sort of late drama that would on any other year have had the Flushing Meadows crowd baying for more, Coric staged a remarkable comeback at an empty Louis Armstrong Stadium to reach the fourth round after the fifth set tie-break.

The gritty 27th seed had looked down for the count when Tsitsipas twice served for the match in the fourth set but the 22-year-old Greek faltered with victory in his grasp.

Coric again had to come from a break down in the fifth but looked indefatigable even after 4 1/2 hours on court and secured a famous victory on his second match point.

Top seed Novak Djokovic continued his dominance of Jan-Lennard Struff with a 6-3, 6-3, 6-1 win to advance to the fourth round.

Djokovic was never really pushed by the German, who has taken just one set off the Serb in their five career meetings. The only drama came early on when Struff had break point opportunities but could not convert against Djokovic’s serve in the first game.

The players stayed on serve until Struff sent a forehand wide on break point to give Djokovic a 5-3 lead. The Serb held to love the next game after firing an unreturnable serve to take the first set and coasted the rest of the way.

Seventh seed David Goffin was made to work hard by Serbian Filip Krajinovic before clinching a 6-1, 7-6 (5), 6-4 win, moving into the fourth round for the fourth consecutive year at Flushing Meadows.

Former champion Naomi Osaka survived a third round scare before grinding out a 6-3, 6-7 (4-7), 6-2 victory over Ukrainian teenager Marta Kostyuk to reach the last 16.

The Japanese fourth seed was forced to dig deep to secure victory after two hours and 33 minutes against an 18-year-old making her US Open main draw debut.

The two-time Grand Slam champion Osaka said her left leg, which was heavily taped following the hamstring injury that forced her to withdraw from the final of a tune-up event last week, was still not 100%.

India’s Rohan Bopanna and his Canadian partner Denis Shapovalov advanced to the second round of men’s doubles event after a 6-2, 6-4 win over  Ernesto Escobedo and Noah Rubin. The Indo-Canadian pair will next play sixth seeds Kevin Krawietz and Andreas Mies.