Advertisement
Home / Sports / Toss out the toss for better contest

Toss out the toss for better contest 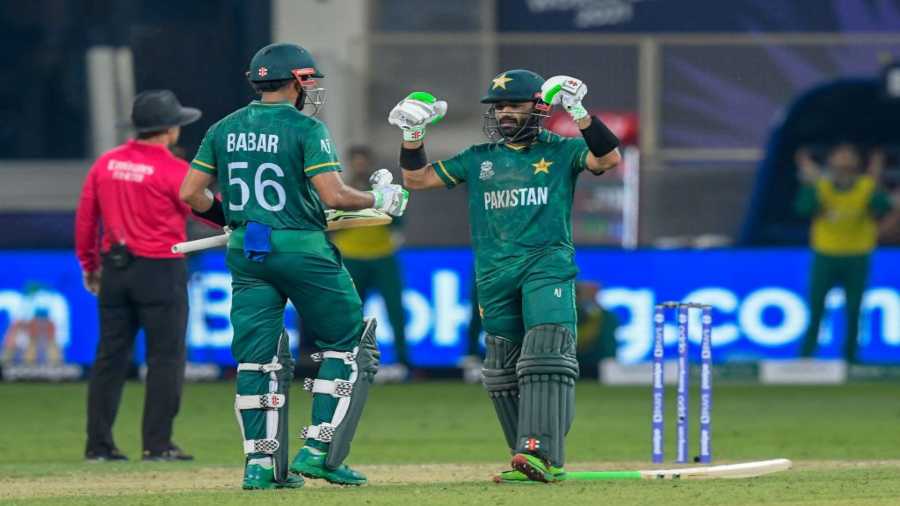 Virat Kohli can never do a Joe Darling, but if he could, he would surely do something to vent his frustration at losing tosses, just like the latter had famously done at the dawn of the previous century.

Darling, Australia’s cricket captain, lost the toss in all five Ashes Tests of 1905 to his England counterpart Stanley Jackson. When the two men met again ahead of the Scarborough Festival game that followed the bilateral series, Darling dreaded losing another toss to Jackson. As an alternative, Darling, with just a towel around his waist, challenged Jackson to a bout of wrestling in the dressing room to decide who would get the choice of innings.

What happened afterwards was hilarious, but that is not the point of this story.

The toss in cricket is older than WG Grace and it always offered some advantage to the captain winning it. The game, through the years, has grown in its pomp even while shrinking its format. The toss, however, has survived all such whims of time and has undergone only minor changes since cricket’s first code of laws was published in 1744, where it was said that the side winning the toss had the choice of the pitch that was to be used as well as whether to bat first.

But has the toss, in its current form, overstayed its tenure? Hasn’t it been increasingly a detrimental element to a fair contest in the game of cricket?

It’s not a new debate; cricket enthusiasts, including eminent players, have often questioned the fairness of toss for some years now. But the concern mostly has been about Test cricket, where sides’ exploitation of home advantage has been an eyesore in these days of heightened media coverage.

But it is no less a headache in T20 cricket, as is being observed in the ongoing T20 World Cup, where the captains calling it right at the toss and electing to field first have much predictably gone on to win more matches.

Before Saturday, the Super 12 stage of the T20 World Cup saw 26 matches, out of which 17 were won by the chasing teams. Of the nine games which were won by teams batting first, five involved either Namibia or Scotland, the qualifiers who are not counted among cricket’s elite. In other words, matches involving such weaker teams cannot be taken as yardsticks, as they often involve lopsided contests or dubious decision-making. It’s not that the big brothers of cricket do not commit such errors, but the probability of that is certainly less.

Why has the toss been such a big factor in the UAE? Because of the conditions. While moisture in the pitch early in the game makes it difficult for the side batting first to score runs, later in the game, when they try to win the match with the ball, the heavy dew makes it slippery for them. So the side batting second is a winner on all fronts. Not fair.

Kohli agreed to that when, after the loss to Pakistan in the opening game, he said: “The toss is definitely going to be a big factor in this tournament especially if dew keeps creeping in the latter half of the game. You need those extra runs in the first half.”

Kohli lost the toss in the first three matches and India went on to lose in two of  those games.

Isn’t sport all about the competing teams starting on an equal footing on all known conditions except skill? If it is so, the toss of a coin is certainly not the right act to kick-off a match in conditions which are outright predictable, to the extent that one can guess the winner of a contest even before a ball is bowled.

T20 is cricket’s most saleable commodity currently. People like things short and crisp,  but that doesn’t mean the game has to be shrunk to the size of a coin.

But what are the alternatives to the traditional toss, at least for events like the T20 World Cup?

One idea could be to have football’s Champions League-style group and knock-out games in T20I mega events. The teams would play each other over two legs. There would be no toss and instead either side would need to bat first once. The venue for both the legs will have to be the same. This way, neither of the teams would get any undue advantage, or we can also say that if the conditions do offer some advantage, both the teams would get it in turn.

There have also been other ideas, innovations — some of them have been tried and others debated.

English County cricket tried giving the visiting captains the option to choose to bowl first if they wanted. The aim was to discourage curators from preparing pitches which favoured the seamers too much. But the ECB was not too happy with the results and the practice, after being operational for four seasons, was scrapped last year.

A better idea in circulation is an auction, with the teams bidding on the number of runs that should be added to the opposing team’s total in exchange of the right to decide who bats or bowls first. The bids can be submitted in sealed envelopes and when they are opened before the game, whoever bids higher number of runs would get the right to choose. The other team would get the number of runs from the winning bid added to their total, irrespective of whether they are asked to bat or bowl first.

Whatever it is, the ICC must do what needs to be done, unless it wants to risk losing its precious audience, who sure would not want the toss to be the all-important factor in a game of cricket.

By the way, Joe Darling had to give up his wrestling challenge after Jackson trumped him by suggesting that he might send a strongly-built George Hirst for the grappling match.

It’s all about ideas and how one tosses it.