Indian women's hockey team to play for bronze on August 6; Wrestler Deepak Punia will also hope for a podium finish 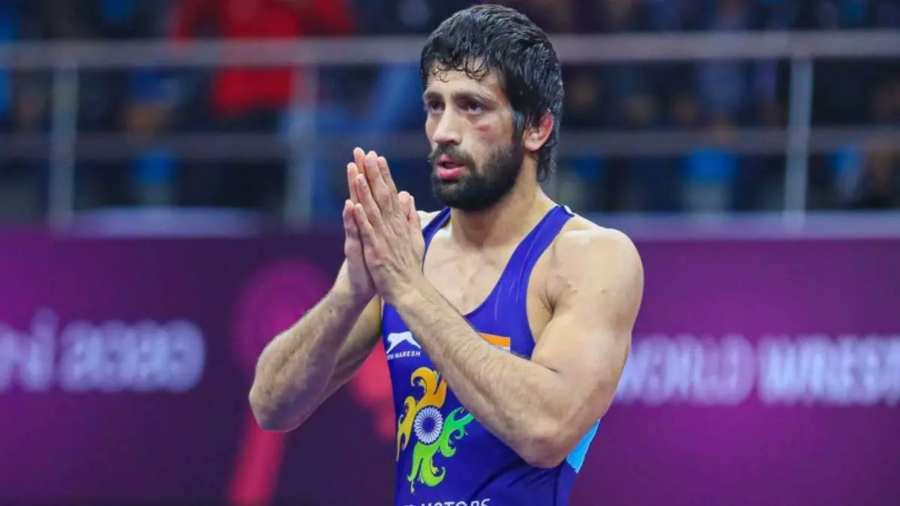 The Indian contingent will not forget August 4 anytime soon. Primarily because Ravi Dahiya, Neeraj Chopra, Lovlina Borgohain and Aditi Ashok (let's not forget the women's hockey team) grabbed eyeballs with their spirited performances in Tokyo. While Dahiya will gun for gold on Thursday, javelin thrower Chopra will also eye a podium finish on August 7 after a fine display earlier today. The only disappointment -- if we can call it that -- came from the Indian hockey team. After losing to Argentina, they will now look to clinch a bronze medal on August 6 versus Great Britain.

Here's a round-up of the highs and lows from Tokyo:

Ravi Dahiya became only the second Indian wrestler to qualify for the title clash at the Olympic Games, when he sensationally turned around the 57kg semifinal bout by pinning Kazakhstan's Nurislam Sanayev but Deepak Punia was left to fight for bronze medal after he lost his semifinal. Before Dahiya, a son of a farmer from Haryana, Sushil Kumar was the only Indian to make the gold medal bout at the 2012 Olympics in London where he had settled for a silver. The fourth-seeded Dahiya trailed 2-9 after Sanayev effected a few 'fitley' (leg lace) but as the clocked ticked away, Dahiya regrouped and got hold of his rival with a double leg attack that resulted in a 'victory by fall'. "I had no business conceding that much lead against Sanayev. I am not happy with it," Dahiya told PTI when asked about his inspiring achievement. It just shows the kind of standards the Indian from Nahri village in Haryana has set for himself.

Medal contender Neeraj Chopra became the first Indian javelin thrower to enter the finals of the Olympic Games with a stunning throw of 86.65m in his opening attempt that put him on top of the qualification round. The 23-year-old kept India's hopes of an elusive Olympic medal from athletics alive by earning a direct entry into the finals to be held on Saturday as he sent the spear well past the qualifying mark of 83.50m in his first attempt. However, Shivpal Singh, failed to make the final cut with a below-par best throw of 76.40m, which he came up in his first attempt, to finish a lowly 12th in the Group B qualification which featured 16 athletes. Competing in his first Olympics, Chopra took just a few seconds to make the final round. He topped the Group A contest as well as the two qualifications rounds. A farmer's son from Khandra village near Panipat in Haryana who took up athletics to shed flab, Chopra left the javelin arena after his first throw.

Indian golfer Aditi Ashok got off to a brilliant start at the Olympic Games, carding a four-under 67 in the opening round for a share of the second spot at the Kasumigaseki Country Club. Aditi, who caught the golfing world's attention five years ago at the Rio Olympics, shared the position with World No. 1 Nelly Korda. She was one shot behind the leader, Madalene Sagstrom of Sweden, who shot 66. "I think I played better than I expected today because I had a lot of hybrids into the greens, so I didn't really expect to be like 5-under through 17," Aditi said. Aditi may well have had a share of the lead but for a bogey on the 18th hole. While Sagstrom shot a bogey free five-under 66, Aditi had five birdies against one bogey and that on the closing hole. She was placed well ahead of some big names in women's golf, including the formidable defending champion, Inbee Park (69). India's other entrant in the field, Diksha Dagar (76) had a rough start in her maiden Olympics as she had five bogeys and no birdies to lie at the tied 56th spot.

Indian boxer Lovlina Borgohain (69kg) signed off with a bronze medal in her debut Olympic Games after a 0-5 loss to reigning world champion Busenaz Surmeneli on Wednesday, bringing an end to the country's campaign in the sport. Up against quite literally a bully in the ring, Borgohain was completely out-punched by the gold medal favourite Turkish boxer, who produced a thoroughly dominating performance. Borgohain, who hails from Assam, also coped a one point deduction in the second round for not paying attention to the referee's instructions despite a couple of cautions. "I don't know what to say. I could not execute what I had planned. I could have done better," Borgohain told PTI after the loss.

A brave Indian women's hockey team put up a gritty performance but it was not enough to secure a maiden Olympic final berth as it lost 1-2 to Argentina in a hard-fought semifinal. India still have a chance to win the bronze medal as they will take on Great Britain in the third-fourth place play-off match on Friday. The Indians fought valiantly and gave Argentina a run for their money by taking the lead in the second minute through a penalty corner conversion by Gurjit Kaur. But the Las Leonas bounced back strongly with skipper Maria Barrionuevo's (18th, 36th minutes) twin strikes from penalty corners to secure the hard-fought win. The bunch of 18 fearless and determined Indian women had already done the unthinkable when they stunned three-time champions Australia 1-0 on Monday to enter the Olympic semifinals for the first time.