World No. 1 Nelly Korda and Aditi could well have their medals sewn up already given the uncertain weather 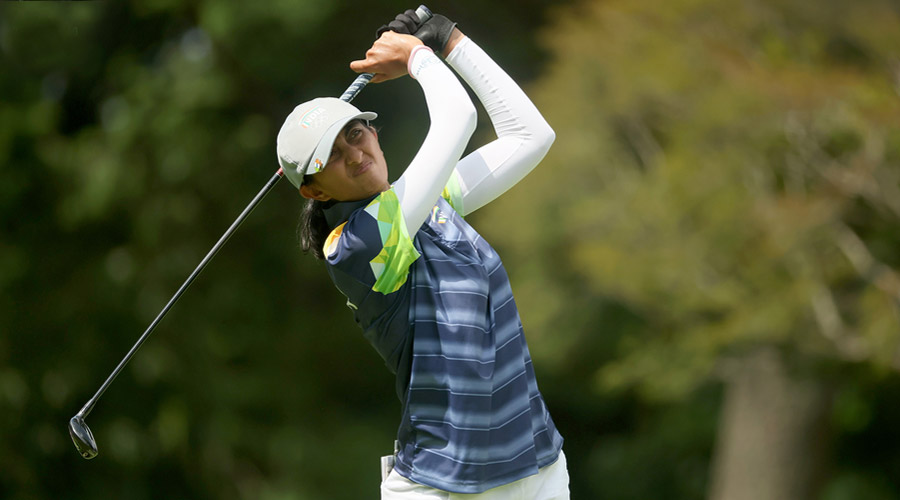 Nelly, daughter of former tennis star Petr Korda, and Aditi could well have their medals sewn up already given the uncertain weather.

As the threat of a tropical storm is brewing over Japan, the organisers have brought tee times forward on Saturday morning in the hope of completing the final round. Aditi tees off at 4.48am IST.

If the round cannot be completed, the tournament will revert to the 54-hole results. That means the 23-year-old from Bangalore will give India its third silver medal of these Games.

But Aditi is not thinking about a podium finish.

“I think one more day of golf and a lot happens on the final day. Although it’s just one round, it feels long mentally, so definitely staying patient and hoping we have good weather and hope I play good,” she was quoted as saying by the International Golf Federation.

Aditi’s mother Maheswari is caddying in Saitama, where golf is being played.

Aditi is aware that her exploits till Friday have generated a lot of interest in India.

“I think nobody really follows golf as much. Whenever the Olympics come around, the interest is always because we had a lot of sports where we were actually really good, like hockey, where we used to win gold medals all the time. I think with golf being included for the second time, people are a lot more educated and trying to follow it a lot more,” she said.

“For sure (there will be pressure) but I’m not thinking about it that much. I think no matter how I do this week, people have heard about golf and they will continue to tune in because I’m in the top three. I think that’s good itself.”

Unlike her previous two rounds, Aditi’s putting was not that perfect on Friday. She had three birdies on the fourth, sixth and seventh holes. After two bogeys on the ninth and 11th pegged her back, she recovered well with two more birdies on the 15th and 17th.

“Aditi is not physically strong, her focus has always been on the short game. Inside 100 yards, she is real champ,” her childhood coach Tarun Sardesai told The Telegraph from Bangalore. “Aditi was with me till she was 14 at the Karnataka Golf Association and even at such a nascent age Aditi showed amazing talent,” Sardesai added.

“She is in top form now and I hope she brings a medal. I have seen her during the Rio Olympic Games and at 18 she looked very calm and focused,” Olympian SSP Chowrasia said from St Andrews, Scotland, where he is participating in the Hero Open.

Aditi, a regular face on the Ladies Professional Golf Association Tour and Ladies European Tour, said she was yet to recover fully after contracting the coronavirus in May.