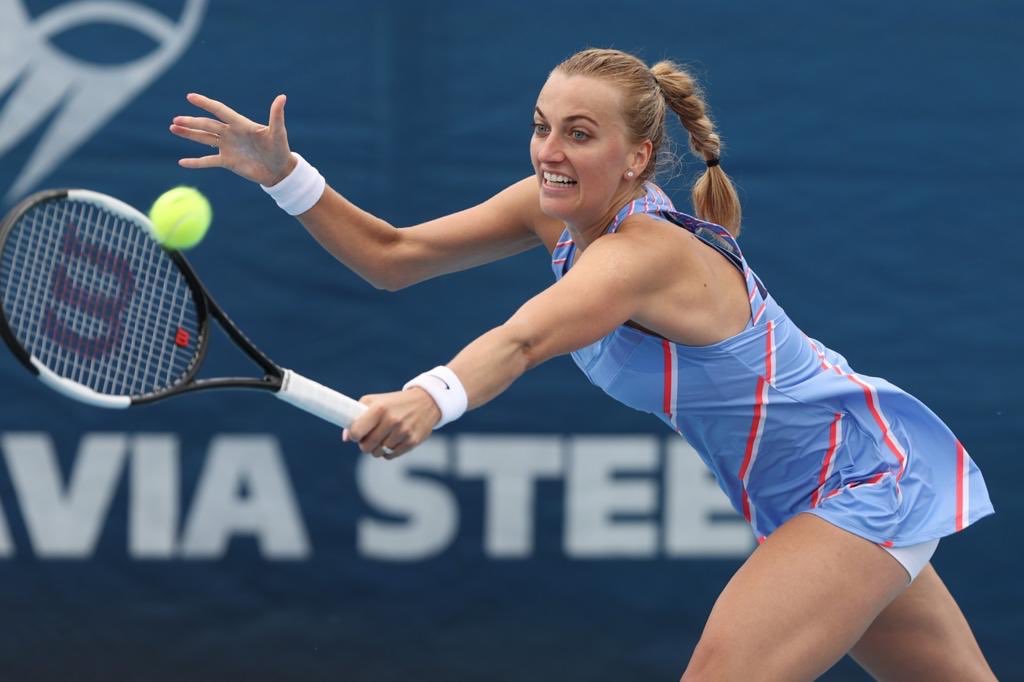 The three-day all-Czech event, pitting eight women and eight men, which ended on Thursday, was played under tight health protocols to prevent the spread of the coronavirus.

“The gloves, face masks, the fact nobody handed us the towels, no handshakes, that was definitely bizarre,” two-time Wimbledon champion Petra Kvitova said after winning the women’s part of the event. “And playing without people, the atmosphere was not exactly what we are used to,” added the 30-year-old world No. 12, who beat Karolina Muchova 6-3, 6-3 in the final disrupted by rain.

“I played better every day, so that is very positive,” she added on her return to action.

The showers even made organisers contemplate moving the final to a nearby hall comprising two courts next to each other — one ready for the match, the other serving as the press centre. The event was held behind closed doors, with a handful of spectators demoted to spots behind the fence where they struggled to observe the social distancing rules.

On the court, the line judges had to wear face masks, just like the ball boys and girls who also had gloves on to prevent contamination. The players wore face masks all the way to the court.

Throughout the tournament, and particularly on the day of the final, players struggled with poplar fluff from a nearby park on Prague’s northern outskirts. But despite the hardships, the players in unison praised the opportunity after a long break from the sport.