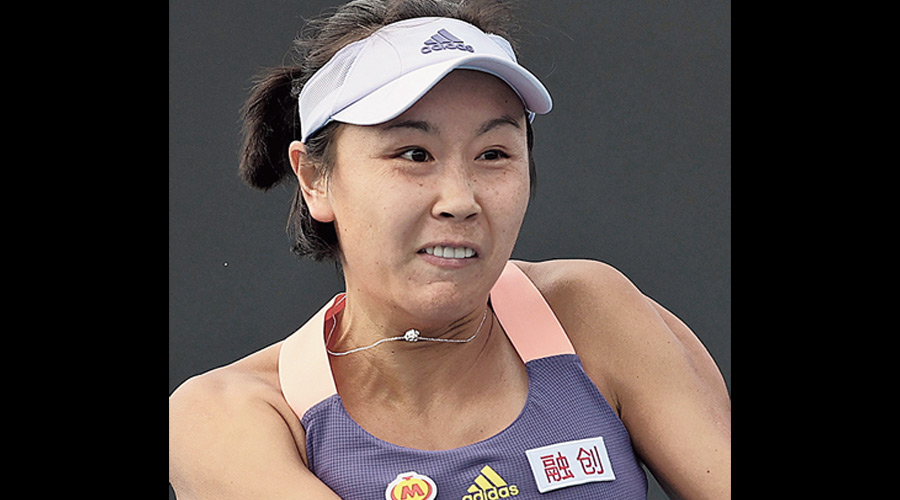 Peng Shuai, China’s professional tennis star, has publicly accused a former vice-premier of China of sexual assault, igniting an online firestorm of attention to a #MeToo allegation that for the first time touched the pinnacles of Communist Party power.

Peng made the allegation in a post on Tuesday night on her verified account on Weibo, China’s version of Twitter. In it, she described an assault that began an on-and-off consensual relationship with Zhang Gaoli, who from 2012 to 2017 served on the party’s Politburo Standing Committee, the top ruling body in China.

The post was removed within minutes, but the allegations swirled through the country’s heavily controlled Internet, fuelled by the fame of the accuser and the accused. That kept the censors inside China’s great firewall scrambling.

Searches of her name and even the word “tennis” appeared to be blocked, reflecting the extraordinary sensitivity within China of discussing misconduct by party leaders.

“The impact of #MeToo has been accumulating for three years,” Lü Pin, an activist who founded the now-banned Chinese online forum Feminist Voices, said in a telephone interview from New Jersey, where she now lives. “When the first women began talking about their experiences three years ago, no one could have imagined that it would reach this high level.”

Peng’s accusations could not be corroborated. In her post, she acknowledged that she would be unable to produce evidence of her accusation, suggesting at one point that Gaoli had expressed worries that she might record their encounters.

She could not be reached for comment. The State Council, China’s governing body, did not immediately respond to a request for comment.

The authorities have charged government officials with sexual misconduct before, often in conjunction with corruption investigations. Never before, though, has an accusation of sexual misconduct been levelled publicly against as senior a political leader as Gaoli.

“These allegations are not shocking in substance but are shocking in the target,” Bill Bishop, the founder of Sinocism, a newsletter on Chinese affairs, wrote.

As a member of the Communist Party’s Politburo Standing Committee, Gaoli was once one of the most powerful people in the country.

An economist by education, Gaoli, now 75, rose through the ranks of the party and government. He served as governor of Shandong and then as party secretary in Tianjin.

“I know that for someone of your eminence, Vice Premier Zhang Gaoli, you’ve said that you’re not afraid,” Peng wrote in her post, “but even if it’s just me, like an egg hitting a rock, or a moth to the flame, courting self-destruction, I’ll tell the truth about you.”

Women in media, at universities and in the private sector in China have all come forward with accusations of sexual assault and harassment — only to face pushback in the courts and censorship online.

Gaoli retired in 2018, when, according to Peng’s account, the two resumed a relationship that had begun when he served in Tianjin, which would have been between 2007 and 2012.

She said he had first assaulted her after inviting her to play tennis with him and his wife. “I never consented that afternoon, crying all the time,” she wrote, not specifying when exactly the assault occurred.

At the time she was soaring through a professional career that would propel her to a No. 1 ranking in doubles with the Women’s Tennis Association in 2014 and as high as 14th as a singles player.

With her partner, Hsieh Su-wei of Taiwan, she won the Wimbledon doubles in 2013 and the French Open in 2014. That year, playing singles, she reached the semi-finals of the US Open.

Her post continued to circulate in screenshots and other messages even after it was deleted, a testament to the resonance accusations like hers has in Chinese society.