The Australian cricketer, who was on a commentary assignment for the IPL, died of cardiac arrest despite frantic efforts by Brett Lee to revive him 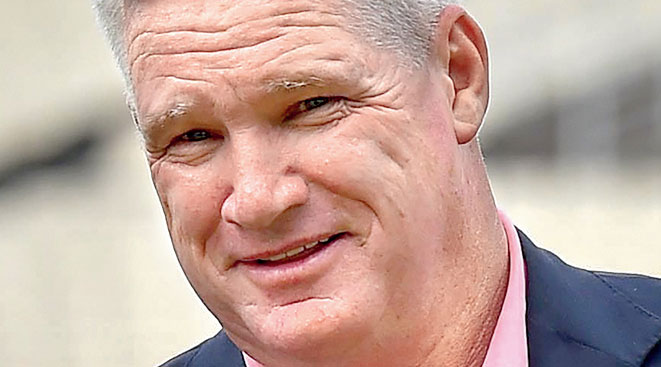 Jane Jones has shared a heartbreaking note to her “beautiful husband, the love of my life” Dean Jones, after the Australian cricketer passed away at a Mumbai hotel on Thursday.

Jones, who was on a commentary assignment for the IPL, died of cardiac arrest despite frantic efforts by former Australia fast bowler Brett Lee to revive him.

“Even though I gave my everything in trying to resuscitate Dean with the use of CPR and a defibrillator, I wish there was somehow or someway to bring him back,” Lee, who broke the news to Jane, was quoted as saying.

Jane said she was “overwhelmed” by the show of support her family has received from around the world. Jane and Dean were married for 34 years.

“My girls and I are devastated and saddened beyond belief to hear of Dean’s death in India,” Jane said in a statement provided by Jones’ Melbourne Cricket Club.

“My beautiful husband, the love of my life has lived his life with every bit of energy at his disposal, and he leaves an enormous gap in our lives which can never be filled.

“He leaves us with so many wonderful memories that will last forever. At this challenging time, when our grief is so raw, we have drawn much consolation from the many messages of goodwill and support from so many people around the world.

“Given Dean’s special love for the sub-continent, it was especially touching to hear so broadly from India, Pakistan, Sri Lanka and Afghanistan.

“We are overwhelmed by the scale of the response to the news of his death and we will forever be grateful for that.”

Her touching comments echoed the statements of daughters Augusta and Phoebe, who both took to Instagram to bid farewell to their father.

“Love of my life. My hero. My best friend. Dad. Rest in Peace,” Augusta wrote.

“I just keep staring at my phone waiting for him to call and tell me this is just a bad dream,” Phoebe said in her post.