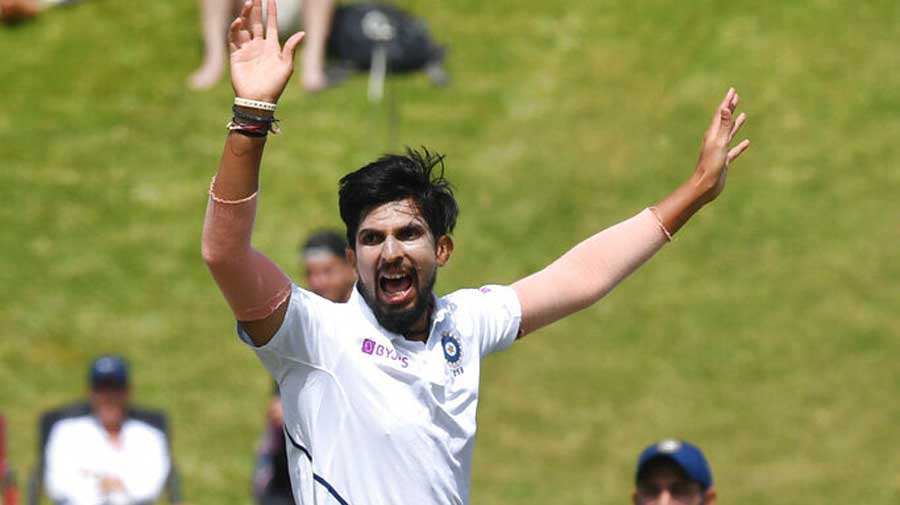 In a country that takes pride in its spinners and turning wickets, Ishant Sharma, the relentless workhorse, has been an exception, going through several ups and downs in his 14-year-long international career but never giving up.

His significance to the Indian team can be extracted from the fact that when he takes the field in Ahmedabad on Wednesday, when the third India-England Test begins, he will be only the second pacer from the country after Kapil Dev to play 100 Tests.

What keeps the 32-year-old going? “Contributing for my team will always be my motivation. Hundred Tests and other things are just numbers for me, as I play to win and try to be an impact player.

“Pulling my team out of a tough situation also acts as a motivation for me and I try to keep only these aspects in mind while playing,” Ishant, on the cusp of his landmark game, said during Monday’s virtual media conference.

“Yeah, I would have loved to go to Australia and play my 100th Test there, but kayee cheezein aise hote hain jo aap ke haath mein nahin hota hain (there are some things that are not in your control).

“Covid and this and that happened and I couldn’t go to Australia. But the quicker you forget and move on in life, the easier it becomes for you. That’s my way of putting things into perspective and I’ll be approaching my 100th Test with the same intensity and aggression with which I played my 99th,” he added.

If Ishant exceeds Kapil’s tally of 131 matches, that would make him the most capped Indian pacer. But Ishant’s sole focus now is on helping his team earn a World Test Championship final berth.

“There’s still a long way to go for 131 Tests or more, so I’m just not thinking about them. The only thing on mind now is to win this series and qualify for the World Test Championship final… that is like a World Cup for me since this is the only format I play.

“If we win the World Test Championship, it will be the same feeling for me like winning the World Cup or the Champions Trophy crown,” emphasised the man with 302 Test wickets.

Ishant anointed Jasprit Bumrah as the leader of the Indian pace attack once he hangs up his boots. Besides, he wants young guns Mohammad Siraj and Navdeep Saini to back their strengths and is absolutely against advising them to experiment in terms of speed or line and length.

“After me, someone who could lead the pace attack and play the most is Bumrah, who I believe will lead the way for youngsters. How he grooms and speaks to the youngsters will be important,” Ishant pointed out.

“Saini has pace, Siraj has control, but they are both different. If you tell Saini to keep hitting just one spot, you aren’t doing justice to his skills. And if you tell Siraj to keep bowling in excess of 140kmph, then you aren’t backing his strength.

“So you need to know each of the pacers’ role in the team and their strengths.”

Pacer Umesh Yadav has cleared his fitness test and has been added to the squad in place of Shardul Thakur, the BCCI said in a statement on Monday.