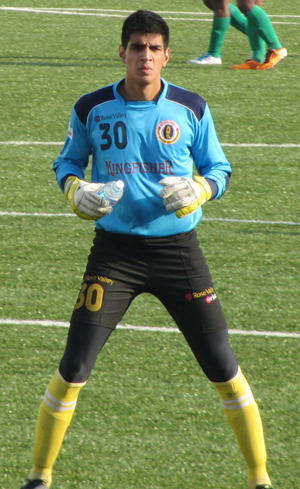 At the same time, Paul believes there are other goalkeepers in the country who are “as good or even better” than Gurpreet, who’s in the India camp in Goa at present, preparing for the second round of the Asian Qualifiers for the 2022 World Cup.

“I’m very, very happy that a footballer got the Arjuna. For our football to reach greater heights, we need more such awards… Hope one or two of our footballers get nominated every year…

“I would have been happier if, along with Gurpreet, others from the current batch also got such awards. For instance, a Jeje (Lalpekhlua) or a Sandesh (Jhingan), for their achievements are no less important,” Paul, who was dropped from the national team last year and replaced by Gurpreet, told The Telegraph.

Elaborating on the progress Gurpreet has made, Paul, now a part of the Jamshedpur FC squad, said: “He is obviously a very good goalkeeper. But in India, I think we have ’keepers who are as good as Gurpreet or even better.

“For instance, Amrinder Singh, Kamaljit Singh who played for FC Pune City last year… They have done well too.”

What pains Paul the most is that there are no goalkeepers from Bengal in the India squad.