While India have maintained their supremacy among the top-three in all formats, Sri Lanka have slipped to eighth spot in Test rankings and ninth in ODIs and T20Is 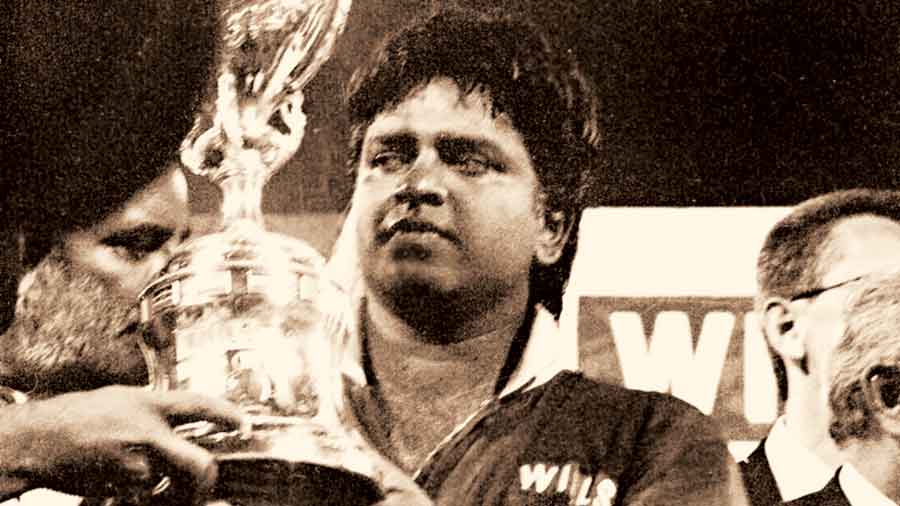 Arjuna Ranatunga sparked a controversy last week by terming the Shikhar Dhawan-led Indian team as “second string”. The World Cup-winning Sri Lankan captain felt the Indians’ tour to the island for a limited-overs series was an “insult” to their cricket.

Going by Sri Lanka’s recent performances, it will be interesting to see whether they will be able to match up to the “second string” squad comprising some of India’s best-known talent in the shorter version of the game. While India have maintained their supremacy among the top-three in all formats, Sri Lanka have slipped to eighth spot in Test rankings and ninth in ODIs and T20Is.

The fall has been so drastic that it has led to repeated calls for an overhaul of its first-class structure, thereby bringing into focus the “flawed” constitution of Sri Lanka Cricket (SLC). Former players Muttiah Muralitharan and Sidath Wettimuny were among a group of 12 who submitted a petition in Sri Lanka’s Court of Appeals in February this year.

Notices were sent to SLC and the country’s sports minister to respond but the pandemic-induced lockdown and the subsequent closure of the court meant not much headway could be made. This was the first time SLC had been asked to mend ways via the country’s judicial system. Perhaps they had taken a leaf out of Board of Control for Cricket in India (BCCI)’s book, whereby the Justice RM Lodha committee under instructions from the Supreme Court, implemented a slew of reforms.

The petition’s aim was to restrict the number of votes at the SLC election. By doing so, it is hoping to reduce the number of first-class teams which now stands at 26. While 38 affiliated units are eligible to vote during the BCCI elections, SLC has 147.

The petition clearly states that the decline in the national team’s fortunes since 2016 is because of poorly administered domestic cricket. Since April 2015, Sri Lanka have lost 29 of the 62 Tests played and won 22. In ODIs, the win-loss record is 34-68 while in T20Is, it is 18-48.

Three months ago, Sri Lanka celebrated the silver jubilee of their World Cup triumph in 1996. Their next major achievement was in 2014, when they won the World Twenty20 title under Lasith Malinga’s leadership. With the retirement of Kumar Sangakkara, Mahela Jayawardene and Malinga, their last superstars, Sri Lanka have since failed to qualify for the semi-finals of any major tournament.

Perhaps frustrated by the system and its pitfalls, Sangakkara and Jayawardene have preferred to ply their coaching skills in IPL franchises. The latest to join the exodus has been Rangana Herath, who was recently appointed Bangladesh’s spin bowling consultant.

“Basically we have failed to keep pace with the changes in the game. We wanted a lot of administrative reforms since 2000 but nothing happened,” Wettimuny told The Telegraph. “The domestic club structure is diluted, there’s no competition and the standard has suffered. It reflects on our performance in the international circuit.”

Sri Lanka’s former opener came down heavily on the administrators. “There are clubs which have two votes but don’t play cricket. People can buy votes in the current set-up. The fear of losing votes force the administrators not to opt for change,” Wettimuny said.

This process of clinging on to posts has been described as Bloc Vote Mafia (BVM) in the petition, meaning officials are elected en masse irrespective of individual capacity/qualifications.

“We have the talent but the domestic tournament isn’t competitive enough. Look at India... With the IPL, there’s so much change. The confidence and attitude of the players have changed. But we are still hanging onto the archaic system. SLC’s electoral process needs to be overhauled through which politicians won’t hang on to posts for years,” Wettimuny said.

A point validated by Sangakkara during a recent TV interview. “The current set of cricketers are no different and they have that same ambition and the burning passion for the game... But unfortunately they have been held back a lot,” Sangakkara said.

“One is the upheavals of the administration over the years and also the archaic system where everyone is extremely resistant to change from a very selfish perspective and has nothing to do with improving Sri Lankan cricket.

“...we see as a result the negative effect it had on our players and their development. It is now time to draw a line and say it’s enough and we have to change,” the former captain remarked.

Corruption too has played its part. Sanath Jayasuriya’s ban for breaching ICC’s anti-corruption code has recently ended while Nuwan Zoysa too paid the penalty for a similar offence earlier this year.

“Guys need to be advised. Discipline must come from the top. But if the top isn’t strong enough, the effects are disastrous as we can see,” remarked Wettimuny.

SLC’s current president Shammi Silva, who enjoys the support of former president Thilanga Sumathipala and someone who’s associated with the body for decades, didn’t answer calls or respond to Whatsapp messages from The Telegraph.

“The problem is guys like Ranatunga were the head of an interim committee only for a few months in 2007-08. Hopefully, the court will intervene in the coming days,” said Wettimuny.

SLC is now awaiting sweeping changes to free itself from the clutches of political interference and nepotism. With no dearth of talent, Sri Lanka cricket’s golden days must return.