Several sportspersons have also extended their support towards the peasants 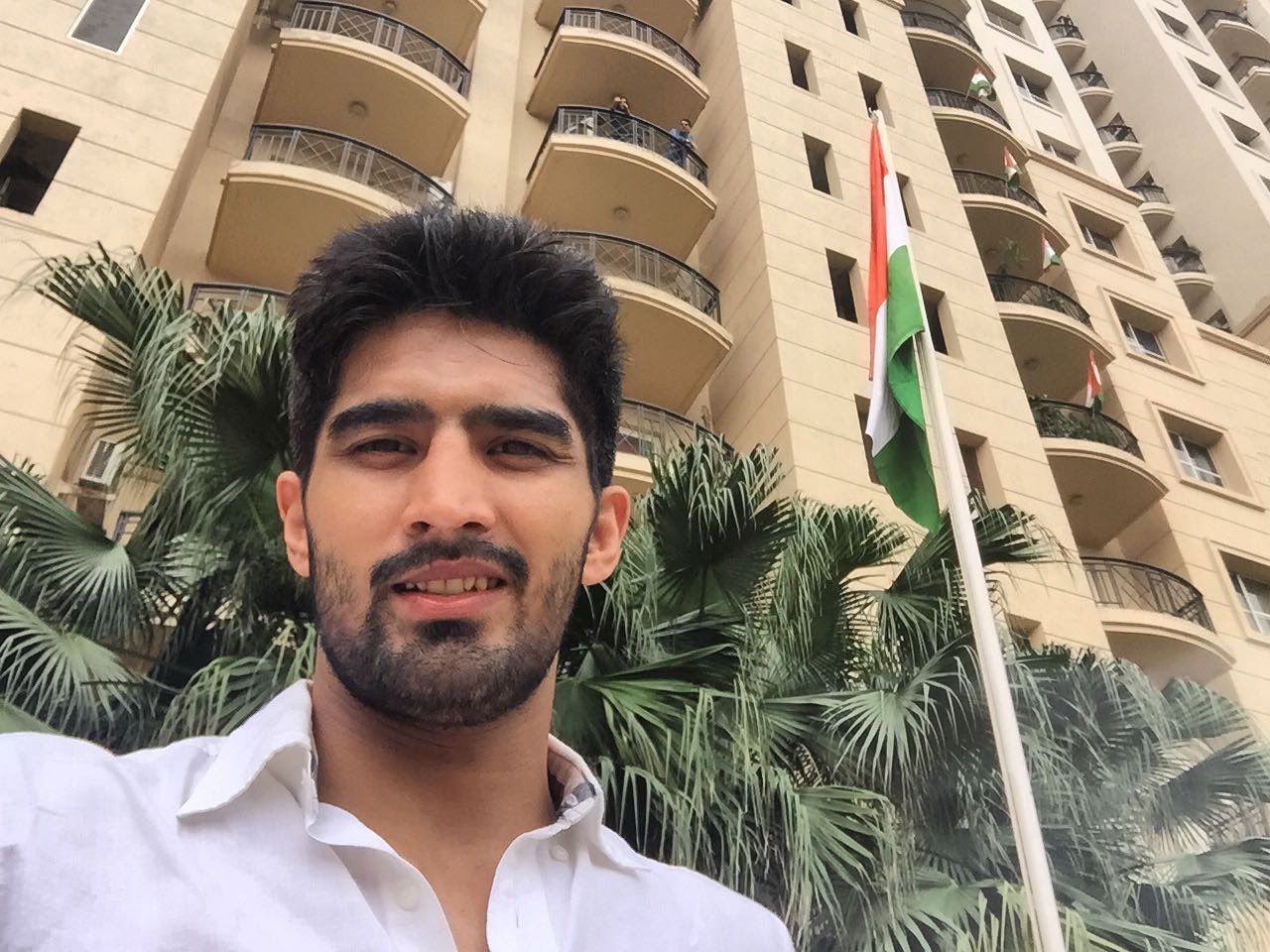 Vijender had threatened to return the Rajiv Gandhi Khel Ratna and other benefits that he got with the award if the three ordinances of the farm laws were not revoked
Twitter/@boxervijender
Arindam Bandopadhyay   |   Calcutta   |   Published 09.12.20, 02:09 AM

Olympic medal winner-turned-professional boxer Vijender Singh has once again iterated his support towards the farmers who are protesting against the new farm laws. He stressed that if the need arises he would meet the farmers again.

“I have met them various times. Last Sunday I went to Sonepat and showed my solidarity. They are fighting for their rights. I have trained in Punjab and eaten their bread. I will always be with them,” Vijender told The Telegraph on Tuesday.

“Farmers are the backbone of our nation. If we don’t support them whom will we support?” the boxer asked. “I am with them as their sons or brothers. I understand their pain. They supply our food and if we don’t protect them… we have to face the consequences.

“If farmers are not happy then the entire system would be affected. I believe nobody wants that. I spoke to various people and what I have understood is if the laws stay it would push the farmers towards an uncertain future. And if your future becomes uncertain, how can you concentrate on your work? The government should understand this,” Vijender said.

Vijender had earlier threatened to return the Rajiv Gandhi Khel Ratna and all other benefits that he got with the award if the three ordinances of the farm laws were not revoked.

Olympian Gurbux Singh believes the problems will be solved. “I am hopeful that everything would be all right. Farmers are very important for the country,” the former hockey player said. “We have to keep in mind the stakeholders’ interests. The problems can be solved through discussions.”

Cricketer Harbhajan Singh has also extended his support. The spinner tweeted: “Kisaan se hi Hindustan hai (India is because of its farmers).”

Several other sportspersons have also extended their support towards the farmers. Padma Shri and Arjuna award-winning former wrestler Kartar Singh said he would return his award. He was at the sportspersons’ march towards Rashtrapati Bhavan to return their awards to the President on Monday.

“I am a farmer’s son and I still farm though I am an IG of police. The farmers have always supported us. We felt bad when we saw that our farmer brothers were lathicharged. Farmers are sitting on the streets in the bitter cold for their rights,” Kartar, the gold medallist in the 1978 and 1986 Asian Games, said.

Arjuna awardee basketball player Sajjan Singh Cheema is among those who have decided to return their awards. “If turbans of our elders and brothers are tossed, then what will we do with our awards and honours? We are in support of our farmers,” he said.

Wrestler Vinesh Phogat said she wants a solution as early as possible. “Tired of speaking, now I just want a solution. I do not want anyone else’s rights but just want respect for my hard work #Farmersprotest,” she tweeted.