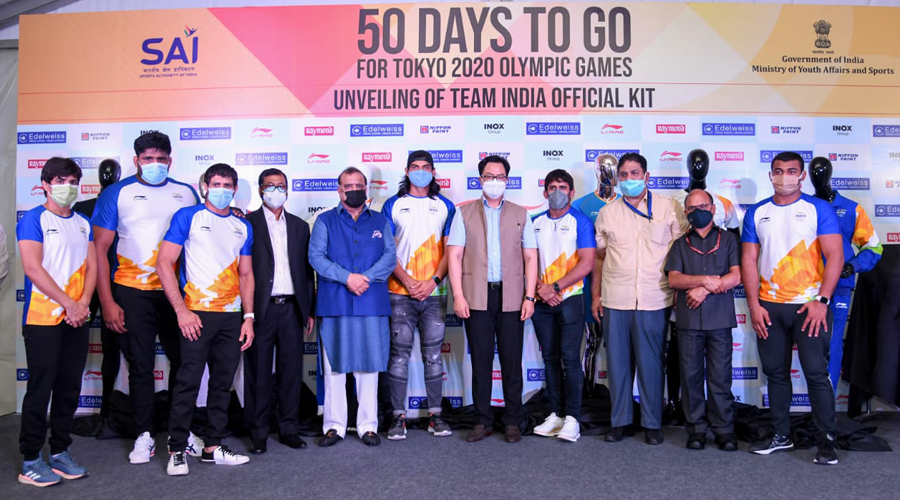 The Indian contingent for the upcoming Tokyo Olympics is expected to be around 190, including over 100 athletes, IOA president Narinder Batra said on Thursday as sports minister Kiren Rijiju unveiled the official kits for the country’s participants.

So far, 105 athletes have qualified for the Tokyo Games. Fourteen more from athletics, two each from tennis, archery, golf and swimming are expected to make the cut.

“We are estimating to touch 125 to 135 (qualified athletes) by the next two to three weeks when the qualification process is over,” Batra said during the online ceremony which also marked 50 days to the Games. “This means the Indian contingent, including officials and support staff, is likely to be around 190,” he added.

Unveiling the official kit of the Indian contingent, Rijiju said: “Today, Prime Minister Narendra Modi took a review of the country’s preparation for the Olympics.”