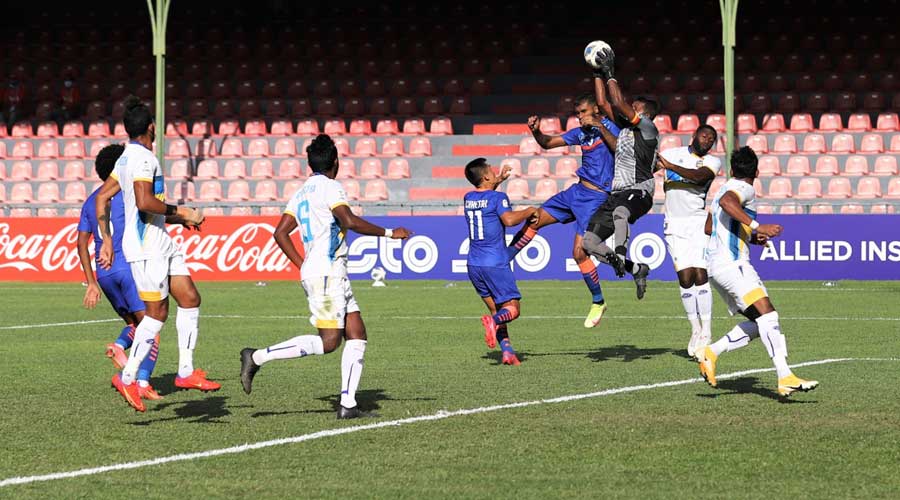 India produced yet another disappointing performance as they were held goalless by Sri Lanka, ranked 205th, despite a dominant display in their second SAFF Championship match here on Thursday.

The seven-time champions paid the price for not creating enough chances and wasting those they got against a Sri Lankan side 98 places below them in the Fifa rankings. Though they had a lion’s share of the ball possession, the 107th-ranked Indians were ineffective from the set-pieces and did not do much in open play either against their opponents, who only have five countries ranked below them in a 210-team table.

Igor Stimac’s full-strength team is still searching for a win in two matches. They have drawn against 10-man Bangladesh 1-1 in their opening match on Monday, that has put pressure on Stimac.

India made three changes from the previous match with Seriton Fernandes and Mandar Rao Dessai replacing Chinglensana Singh and Pritam Kotal in defence and Suresh Singh coming in for Manvir Singh upfront.

Stimac’s side controlled the match from the beginning with the Sri Lankans barely having any chance at the Indian goal but somehow the forwards, led by captain Sunil Chhetri, could not find the target.

The best chance of the first half came in the 22nd minute but Liston Colaco’s free header from a nice cross from the right flank by Udanta Singh sailed over the bar.

India kept on pressing for a goal but failed to put any real pressure on the opposition defence in the remaining period of the first half.

The second half saw Stimac taking off Suresh and bringing in Mohammed Yasir. In the 60th minute, Dessai flashed a low cross across the face of the Sri Lankan goal and Anirudh Thapa has only to connect to score, but he could not reach the ball.

With Sri Lanka defending in their own half, the Indians pressed more men upfront for the elusive goal but at the same time their frustration also kept on increasing.

Stimac was booked for arguing with the referee as frustration was writ large on the face of the Croatian coach.

India missed a golden opportunity to steal a winner two minutes before regulation time. Yasir’s delightful corner was flicked by Chhetri at the near post.

The ball found its way to Subhasish Bose at the far post. It needed a simple tap-in from Bose but he blazed it over the bar and Sri Lanka escaped to a draw.