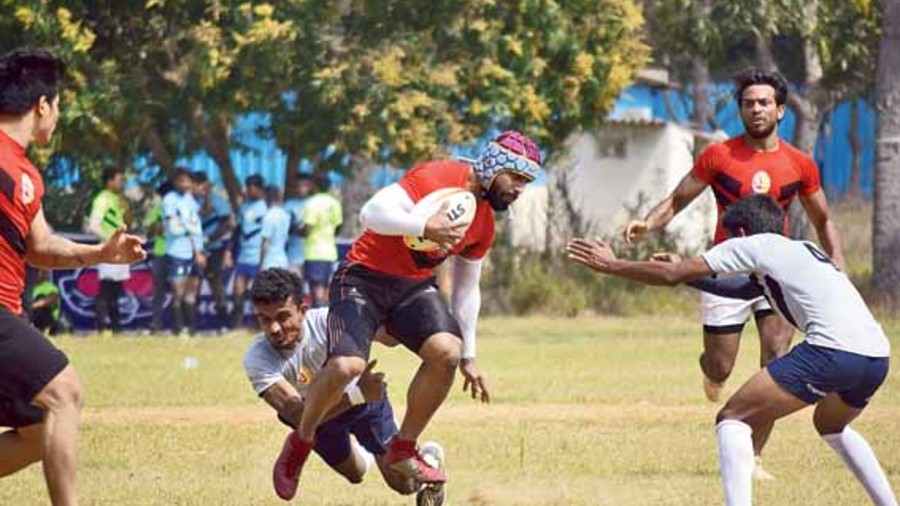 It’s a new game for India but it has made a rocking start, and on January 30, it made it to Bangalore. The game of Rugby League is often nicknamed the “people’s game” and the fledgling Rugby League India Federation has plans to make it one of India’s games also.

A one-day tournament at Bangalore’s SPT Sports Ground showcased the skills of three home teams and one visiting team from Calcutta. The home teams had come up with their own team names for the tournament, taken from famous Australian teams of the same sport. In Australia Rugby League, the NRL, tops the TV and live viewing charts. The Broncos, Eels and Roosters represented Bangalore while the visitors from Calcutta came to play as the Jaguars. Plans are underway to develop teams that will resonate and become part of the sporting scene across the country, but for now the excitement was high as the first match saw the Broncos take on the Jaguars.

Nine players on a full-sized football or rugby field and the quickfire action was soon underway. There is nothing complicated about Rugby League. It has been developed over the years to be good to watch and the rules are easy to follow – thus the “people’s game”. The oval-shaped rugby ball is carried up the field, only stopping when a tackle is made. Teams are allowed sets of six tackles and a quick rollback gets the game going after a tackle is made. The action only stops for a score or try or when the ball goes out of play. It’s surely comparable to kabaddi but with a ball. Smashing stuff! 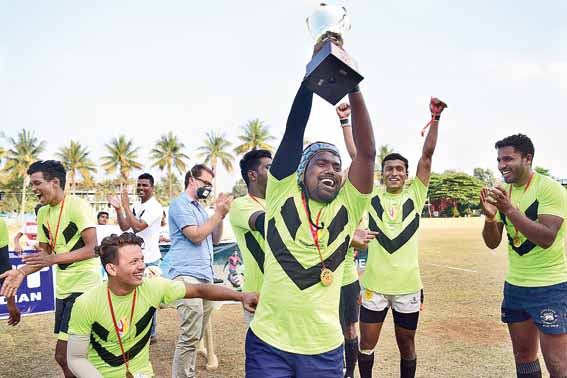 Bangalore Broncos, the winners
Sourced by the correspondent

Bangalore’s Broncos had surely been practising hard and made a winning start 14-6 over the fancied Calcutta team, who were perhaps a bit jaded from the journey. The Roosters and Eels were next up. The Roosters were made up entirely of athletes from the Cure Fit stable of fitness trainers. They had picked up the game over regular training sessions and Cure Fit captain Sarfaraz Ahmed was keen to praise the all-round fitness required to play Rugby League. “This is a quick-moving game that requires a high level of fitness. I love the contact and physicality of Rugby League. But what also works really well is playing non-contact with children, who specially love the shape of the oval ball,”  he said. The result: Roosters-16, Eels-0.

The day was overseen by the president of the recently formed Rugby League Federation, Ankit Nagori, a familiar face in sports and business circles of Bangalore. Nagori now with a keen focus on his Eat Fit brand was on hand to give advice to all the young players, as well as ensure nutrition for the players that was taken care of with a healthy Eat Fit lunch.

Joining Nagori on the sidelines was Andrew Collister, vice consul of the Australian consulate general, Chennai. He was able to cast an expert eye over the games and was appreciative of all the efforts that had been taken. With attendance from the Australian High Commissioner at the game’s first outing in Calcutta in December and now in Bangalore, Rugby League is shaping up to enter the mix of India-Australia sporting diplomacy.

Following a series of round-robin games where each team played one another, under the supervision of five women referees, they’ll be playing soon enough, said Nagori.

The final saw the Bangalore Broncos line up against the Calcutta Jaguars. Despite an early lead, the Jaguars were unable to hold on against the fitter and better organised Broncos team. The silver cup was hoisted at the end of a super day of Rugby League action by the Bucking Broncos of Bangalore. A rocketing start for the people’s game.