Put in to bat, India struggled to 132 before Poonam foxed the Aussies with her googlies 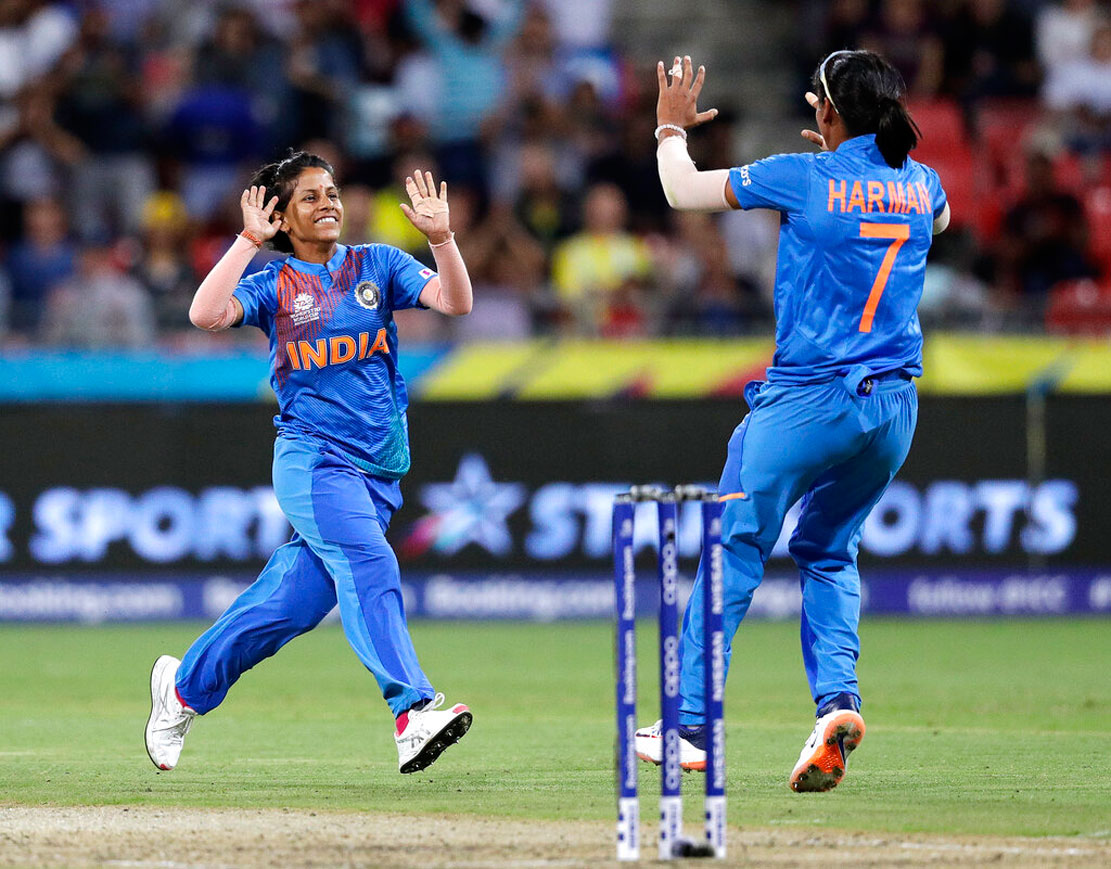 Leg-spinner Poonam Yadav bowled a magical spell on her comeback to steer India to a 17-run win over defending champions Australia in the opening match of the women’s T20 World Cup in Sydney on Friday.

Put in to bat, India struggled to 132 before Poonam (4/19 in 4 overs) foxed the Aussies with her googlies, turning the match decisively in her team’s favour. Australia, who have won the competition four times in six editions, were all out for 115 in 19.5 overs.

Captain Harmanpreet Kaur was all praise for Poonam, saying she is a bowler “who leads from the front”.

“It is a great feeling to win the first game of the tournament. We knew that on this track we could do well. If we could get to 140, we thought the bowlers could do the job.

“It wasn’t easy to bat on. The partnership between Jemi (Jemimah Rodrigues) and Deepti (Sharma) was crucial for us. I’m happy we got 132… Poonam is someone who leads from the front. We were expecting a great comeback from her,” Harmanpreet said after the match.

Poonam, who missed the preceding tri-series due to a hand injury, also got good support from the other bowlers, including pacer Shikha Pandey. The 28-year-old from Agra was on a hat-trick, but narrowly missed out as wicketkeeper Taniya Bhatia dropped a difficult chance.

“It was great for me to come back from injury and perform like this. It was the third time that I was on a hat-trick but missed. I’m satisfied that I was able to do the job for the team,” said Player of the Match Poonam.

Australia were off to a good start to their chase with opener Alyssa Healy making a 35-ball 51, laced with six boundaries and a six. However, the Indian spinners, led by Poonam, triggered a collapse as Australia slipped to 82 for six. Poonam snapped four wickets, two in successive deliveries in the 12th over.

Earlier, India squandered a flying start to end up with a below-par total. Sixteen-year-old Shafali Verma took India to 40 for no loss in four overs with a typically aggressive 29 off 15, but her fall derailed the innings. Deepti Sharma made a 46-ball 49 in the second half of the innings but the firepower that India needed in the death overs was badly missing.