Pangs of loss on day of win bother Virat Kohli

At the end of the day, it’s yet another multi-team/ICC event which India failed to win under Kohli’s leadership 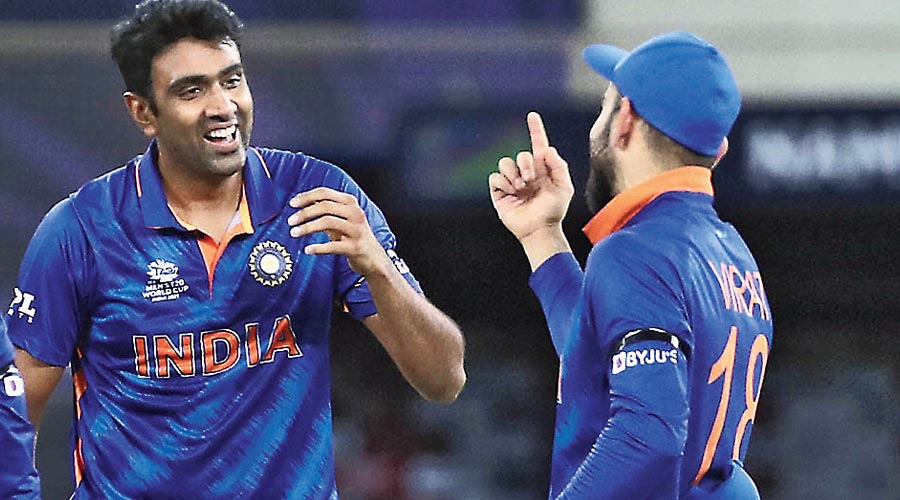 Considering Virat Kohli’s stature and the standards he has set for himself, he certainly deserved better in his final appearance as India’s T20I captain than lead the team in an inconsequential game, which was also his 50th as skipper.

For the record, right from winning the toss, India got almost everything right to restrict Namibia to a modest total of 132/8. Then with openers Rohit Sharma (56) and KL Rahul (54 not out) making merry in favourable conditions at the Dubai International Stadium on Monday, Kohli ended his T20I captaincy stint on a win.

It would have been ideal had the winning runs come from Kohli’s bat, but Suryakumar Yadav was promoted to No.3 and stitched an unbroken stand with Rahul as India reached home comfortably with 28 balls to spare.

Earlier, Ravindra Jadeja (3/16) and Ravichandran Ashwin (3/20) continued with their remarkable performances, which the Namibians found too much to deal with.

The events transpired just how they were expected to. But at the end of the day, it’s yet another multi-team/ICC event which India failed to win under Kohli’s leadership.

“Two overs of attacking cricket at the top are what we missed in the first two games. As I said, we weren’t brave enough in those games and in the group we were in, it was tough after losing those matches,” Kohli said at the post-match presentation.

“Relieved” after going through years of “heavy workload” as captain in all formats, Kohli assured there would be no let-up in terms of intensity when he takes the field just as a player in T20Is. “If I can’t do that, I will not play anymore.

“I’m not going to stand around and do nothing,” Kohli asserted.