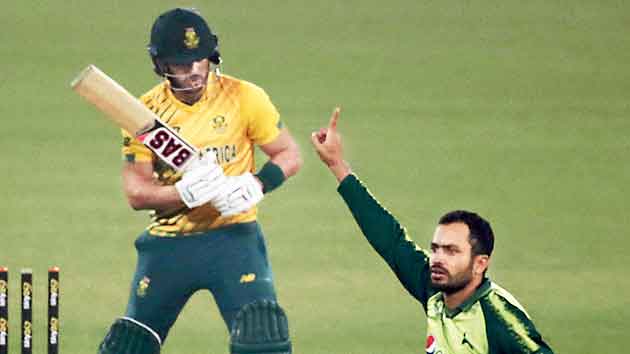 Pakistan overcame David Miller’s 45-ball 85 to beat South Africa by four wickets in the third and final T20 International and clinch the series 2-1 on Sunday.

South Africa’s Tabraiz Shamsi grabbed 4/25 in a game dominated by spinners, but Pakistan’s lower order hung on to reach 169/6 with eight balls to spare.

Hasan Ali (20 not out) raised the victory with two sixes and a four against Andile Phehlukwayo as seamers again found it difficult to grip the wet ball because of dew.

Pakistan beat South Africa 2/0 in the Test series before completing the double by handing the Proteas their first defeat in a T20I series in Asia.