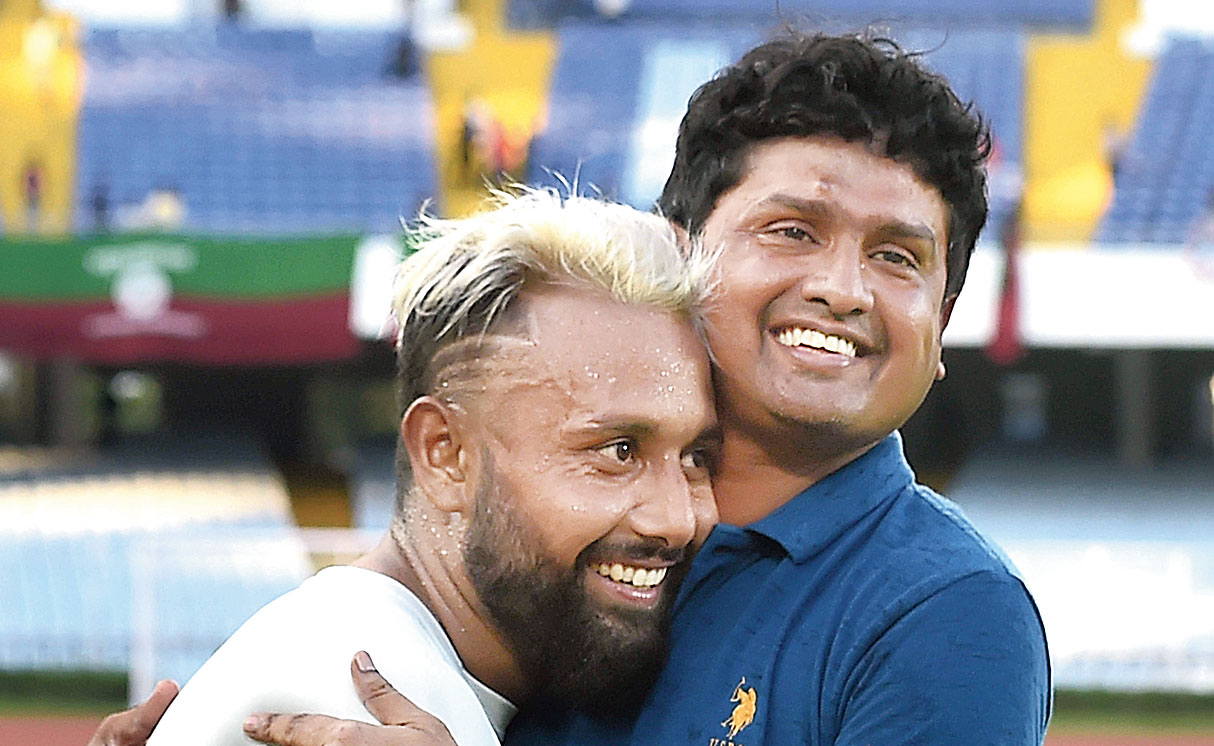 Dumped twice by Mohun Bagan, it was payback time for Tirthankar Sarkar.

With a superlative performance, he guided Mohammedan Sporting to a fantastic 3-2 victory against Bagan at the Salt Lake Stadium on Thursday. A win that brought Mohammedan Sporting back in contention for the title as they moved up to second spot in the CFL Premier Division A standings with 16 points from nine matches.

The celebrations were palpable in the Mohammedan Sporting camp as they overcame all odds to beat their opponents after three years.

The day certainly belonged to Tirthankar, whose contribution against his former club was massive. In other words, he ruled the game.

Two assists, an outstanding strike, pinpoint centres and crosses along with his amazing control in the midfield left Bagan clueless. Credit also goes to the likes of captain Musa Mudde and John Chidi for sharing the workload and not just looking to pass the ball to Tirthankar.

And above all, technical director Dipendu Biswas too deserves kudos for his master strategy. Within first 11 minutes, Mohammedan Sporting were 2-0 ahead that came as a body blow to Bagan. They just couldn’t recover from that quick double strike.

Kareem Omolojah’s left-footed push made it 1-0 for Mohammedan Sporting. As players vied for the ball after Tirthankar’s corner and Daneil Cyrus fell in the process, Kareem latched on to the opportunity.

A couple of minutes later, Tirthankar found the gap between two Bagan players, charged in and unleashed a pile-driver that bulged into the net.

Joseba Beitia’s wonderful free-kick helped Bagan reduce the margin in the 25th minute. But midway into the second half, Tirthankar rose to the occasion again. Cashing in on a loose ball, he churned out another left-footer that Debjit Majumder somehow blocked. But Chidi followed up and slotted in the rebound.

In another match, Peerless SC rode goals from Edmond Peprah and Jiten Murmu to beat Bhowanipore Club 2-0 at the Barasat Stadium and extend their lead at the top of the table with 17 points from eight matches.