Mo Farah reveals he was trafficked to UK as a child

Was forced to do housework and look after another family's children in exchange for food, says the British long-distance runner 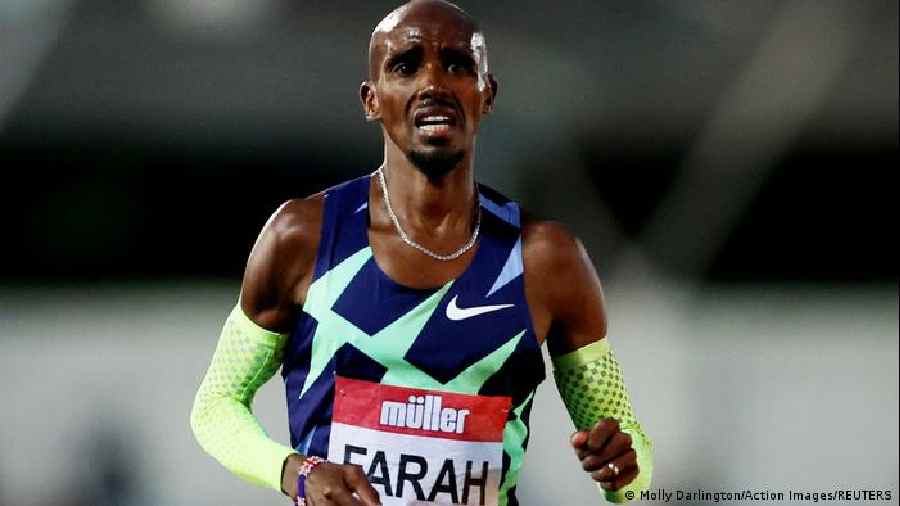 Four-time Olympic champion Mo Farah has said he was illegally trafficked to the United Kingdom from Somaliland at the age of 9 and revealed that his given name is Hussein Abdi Kahin.

The British long-distance runner said he was flown to Britain by a woman he had never met and was forced to do housework and look after another family's children in exchange for food.

"The truth is I'm not who you think I am," Farah told the BBC in a documentary called "The Real Mo Farah," which is scheduled to broadcast on Wednesday.

"The real story is I was born in Somaliland, north of Somalia, as Hussein Abdi Kahin," he told the British broadcaster.

Farah, who is the first British track and field athlete to win four Olympic golds, had said in the past that he came to the UK as a refugee from Somalia with his parents.

However, the 39-year-old athlete now said his parents never lived in Britain.

"When I was 4, my dad was killed in the civil war, you know as a family we were torn apart. I was separated from my mother, and I was brought into the UK illegally under the name of another child called Mohamed Farah,'' he said.

Forced to work as child servant

Farah told the BBC that he thought he was going to Europe to live with relatives.

He recalled going through a British passport check under the name of Mohamed with an unknown woman when he was 9 years old.

Once he reached the UK, the woman took him to her home in west London's Hounslow borough and tore apart a paper with his relatives' contact details.

The woman's family did not allow him to go to school till he was 12 years old.

"For years I just kept blocking it out, but you can only block it out for so long," he said. "Often I would just lock myself in the bathroom and cry. The only thing I could do to get away from this (living situation) was to get out and run."

Farah eventually told his physical education teacher, Alan Watkinson, what he was facing.

Watkinson then got in touch with social services and helped him find a foster family in the Somali community.

Farah was recognized as a British citizen in 2000.

Following Tuesday's public revelation, a spokesperson for the British Home Office said "no action whatsoever will be taken against Sir Mo."

'I want to feel normal'

In the documentary, Farah said it was his children who motivated him to tell the truth about his past.

"I've been keeping it for so long, it's been difficult because you don't want to face it and often my kids ask questions, 'Dad, how come this?' And you've always got an answer for everything, but you haven't got an answer for that," he said.

"That's the main reason in telling my story, because I want to feel normal and don't feel like you're holding on to something," he added.

In May, Farah had said his elite track career could be over after he finished the London 10,000 meter race as a runner-up and ruled out participating in this month's World Championships.

He is, however, slated to run a marathon for the first time since 2019 when he takes part in the London Marathon this October.