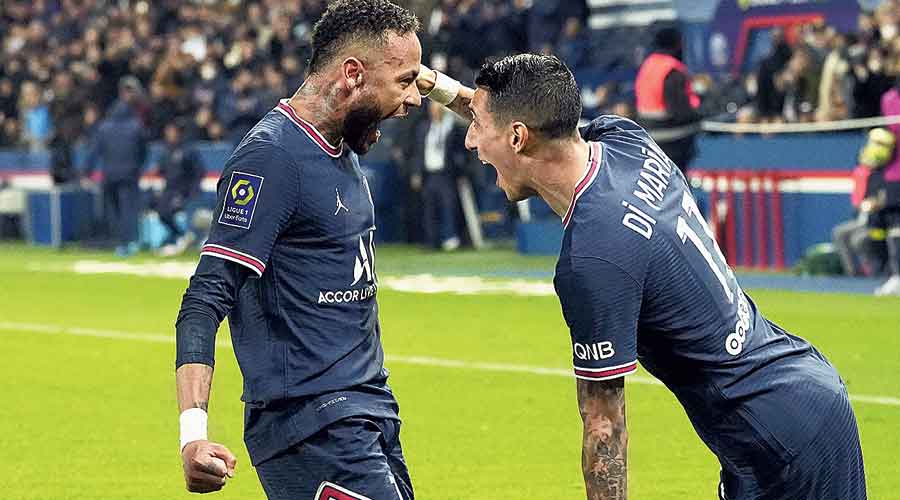 Angel Di Maria showed his worth as he set up the first and scored the winner to give Paris Saint-Germain a 2-1 win against champions Lille in Ligue 1 after Lionel Messi limped off injured on Friday.

In the absence of Kylian Mbappe, who is suffering from an infection, Di Maria shone throughout the game, providing captain Marquinhos with the equaliser after Jonathan David’s opener before finding the back of the net two minutes from time.

After Messi left the pitch with a muscle problem, the Argentine winger found his range to put leaders PSG on 31 points from 12 games, 10 ahead of second-placed RC Lens.

Lille, who deserved better after a convincing first half, are 11th with 15 points.

Both teams went end-to-end in an entertaining opening half but Lille showed more poise and it took a superb save from Gianluigi Donnarumma to deny Burak Yilmaz in the first minute.

Lille, looking more like the team that dominated the league last season, were rewarded in the 31st minute when David opened his right foot to deflect Yilmaz’s powerful cross into the roof of the net from point-blank range. Already the top scorer in the French league this season, David raised his tally to eight goals.

Messi, who has yet to score for PSG in five league appearances, was replaced by Mauro Icardi as he appeared to be still suffering from the muscle problem that forced him to miss training with the team on Thursday.

“It was a precaution, and we hope he will be available for the game against Leipzig,” said coach Mauricio Pochettino, referring to Wednesday’s Champions League Group A game.

Lille came close to doubling the tally through David but Donnarumma pulled another brilliant save to keep the home side afloat.

The Italy goalkeeper was at it again to tip away a whipped shot from Yilmaz shortly before the hour.

With Lille exploiting the space behind the PSG fullbacks, Pochettino made a tactical switch and replaced Thilo Kehrer and Juan Bernat with Colin Dagba and Nuno Mendes in the 65th.

“I think it’s good to be flexible. Sometimes the plan doesn’t work. I think, little by little, maybe it’s an option that we need to think about,”  Pochettino said.