Boxers are allowed to wear their last names or the given name on vest, says official 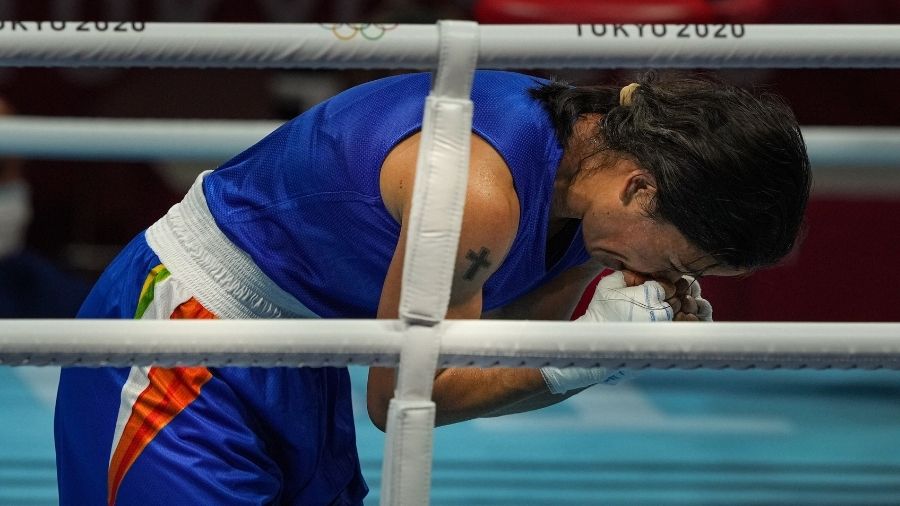 The absence of their own and the country's name on some Indian boxers' vests in the Olympics has caused a small furore here, after the legendary M C Mary Kom alleged that she was forced to change minutes before her last-16 bout without proper explanation from the organisers.

Mary Kom on Thursday and Lovlina Borgohain on Friday fought in uniforms which neither featured their names nor identified their countries at the back of their vests.

"It was a bit unsettling that they asked me to change my uniform just five minutes before the bout. In fact, at that time my name had been announced," Mary Kom told PTI, still agitated about the 2-3 pre-quarterfinal loss in which she won two of the three rounds but fell short by a point in the final scoreline.

"I think it was deliberate action to disturb me because I had fought my first round with similar gear with Mary Kom and India written on it," she said.

A conversation with Indian Boxing's High Performance Director Santiago Nieva and a look at the International Olympic Committee's rules threw some light at what exactly might have caused this little storm in a tea cup.

"The boxers are allowed to wear their last names or the given name on vest, so if it was just Kom at the back, there would not have been a problem or just Mangte would have been fine too.

"She was not allowed to wear Mary Kom. Same with Lovlina, she needed to have Borgohain on the back," Nieva explained.

"But it is no problem, we have got new vests for her and she will wear the new one in the semifinal," he said.

"For those who don't use their full names, it is no problem like Pooja (Rani) and Satish (Kumar)."

Mary Kom's grievance was about being asked to change just minutes before the bout and not being told clearly about the rules, which seems to be quite apparent from the fact that she was not stopped from competing in the opening round despite her vest not adhering to laid-down specifications.

Nieva said it is not a big issue for the team as a whole.

"Look, as long as nobody is stopping you from the fight, we are good with everything, no problem," he said.

The IOC rules on uniforms state that "the athlete's name (Preferred Family Name) may be included on the back of the vest" and the national flag or National Olympic Committee emblem is "permitted only in one area per vest, shorts and skirt."

During the Games, the Boxing Task Force has its Equipment's Check Table with an official Equipment Manager to ensure compliance with rules.