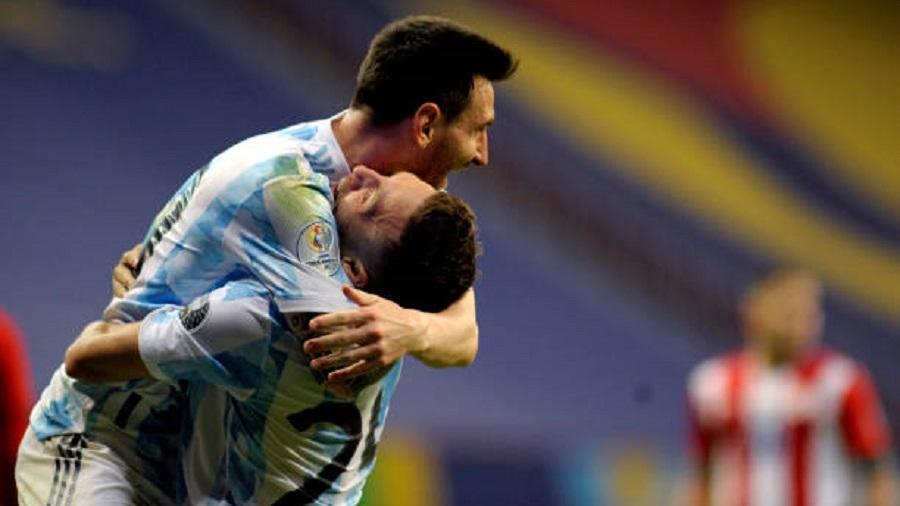 Lionel Messi has finally clinched his first international trophy as Argentina beat Brazil 1-0 in a thrilling Copa America final at the iconic Maracana Stadium on Sunday. This victory is special for Argentina, as they have managed to win the South American football championship for the first time in 28 years.

The only goal for Argentina came from Angel Di Maria, who made the most of a long pass from Rodrigo De Paul and chipped it over Ederson to put the Albiceleste ahead in the 22nd minute. He became the first Argentine to score in a Copa America final since Cesar Delgado in 2004.

"We fell short so many times, we dreamt so much about this, fought so hard. Many people said we wouldn't manage it, we were criticized a lot. But we kept knocking at the door and kept going until today we knocked it down and entered," said Di Maria, who was named man of the match.

It was only the third goal Brazil conceded in the tournament. Neymar tried hard with dribbles and passes, but the Selecao barely threatened Argentina goalkeeper Emiliano Martinez. The team of coach, Tite, had won its previous five matches in the Copa America and scored goals in all of them.

Argentina had last won the Copa America title in 1993, beating Mexico 2-1 in the final. The previous edition (2019) was won by Brazil, when the Selecao beat Peru 3-1 as hosts of the tournament.

"It's a great title, especially for our people. The fans support the team unconditionally. I think they can identify with this team that never gives in," Argentina coach Lionel Scaloni said.

Lionel Messi waited his entire life for this moment. pic.twitter.com/42P1vQHFgs

What it meant for Lionel Messi to win this Copa America. pic.twitter.com/ok49s84ONB

Rio de Janeiro officials allowed Copa America organisers to invite thousands of Covid-19-tested fans into the final at Maracana Stadium. Rio city health secretary Daniel Soranz had issued guidelines on Friday, permitting crowds of up to 10% in each section of the 78,000-seat stadium. However, no tickets were sold for the encounter.

CONMEBOL had allowed 2,200 guests for each team, who were required to wear masks and keep a distance of two meters among each other. No food and drinks were allowed.

In January at Maracana, the delayed 2020 Copa Libertadores final between Palmeiras and Santos was attended by about 5,000 spectators, but they were all concentrated with little regard for social distancing guidelines.