Kylian Mbappe out of Leipzig clash 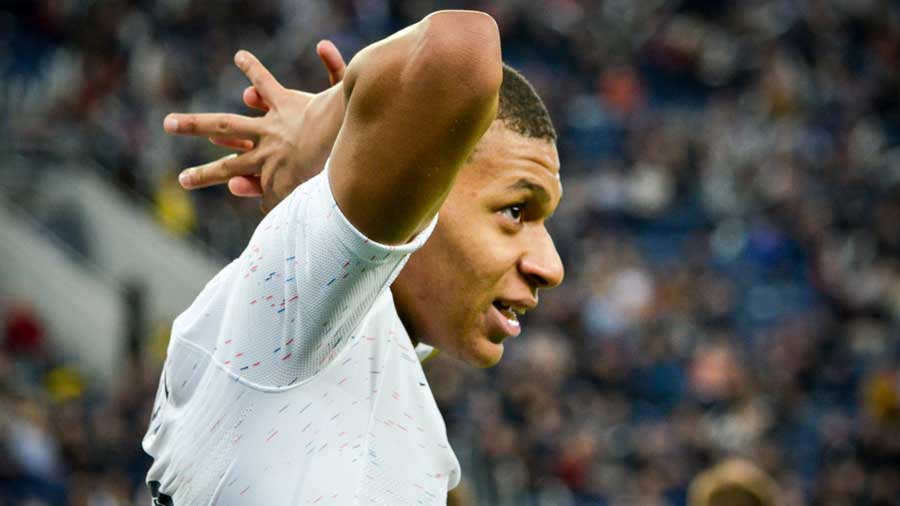 Mbappe, 21, sustained the injury during Saturday’s 3-0 Ligue 1 victory against Nantes and was withdrawn towards the closing stages of the match.

“After going off during the game against Nantes with a right hamstring problem, Mbappe’s not available for the trip to Germany and the situation will be reassessed in 48 hours,” PSG said in a statement.

Coach Thomas Tuchel will also be without the services of Neymar and Mauro Icardi due to injuries, with the duo expected to return only after this month’s international break.

PSG, who followed up a 2-1 home defeat by Manchester United with a 2-0 victory at Istanbul Basaksehir, are second in Group H with three points.

Manchester United manager Ole Gunnar Solskjaer said he is satisfied with the options available for every position in his squad after former captain Roy Keane described the current group as “nowhere near good enough”.

After United lost 1-0 at home to Arsenal on Sunday, Keane, who led for United for over eight years, said: “Ole will lose his job working with these players — that’s what is going to happen.”

United have now suffered defeats in three of their opening six Premier League matches and sit 15th in the table but Solskjaer said he has enough quality to turn things around.

“Roy has always been outspoken. I’m very glad that I’ve got the players that I have here with us,” Solskjaer said ahead of the match against Istanbul Basaksehir.

“We’ve got different jobs. Roy’s job is to give his opinion. I always listen to Roy but we move on here with a great group of players, a strong group of players. I’m sure we’ll see a response.”

Solskjaer also defended Paul Pogba’s recent struggles on the pitch, saying the Frenchman remains on the right path to finding his best form at Old Trafford.

Pogba conceded a penalty for a foul on Hector Bellerin on Sunday before Pierre-Emerick Aubameyang converted the spot-kick for the visitors.

“Every player is frustrated after the defeat. We need consistency from every one of our players,” Solskjaer said.

“Christian had a scan yesterday which showed a very minor injury to his hamstring,” Lampard told a news conference on Tuesday. “He made the right decision on not attempting to play the game.”