Carlo Ancelotti’s side are now without a win in three games in all competitions but remain top of the table on 17 points, ahead of city rivals Atletico Madrid 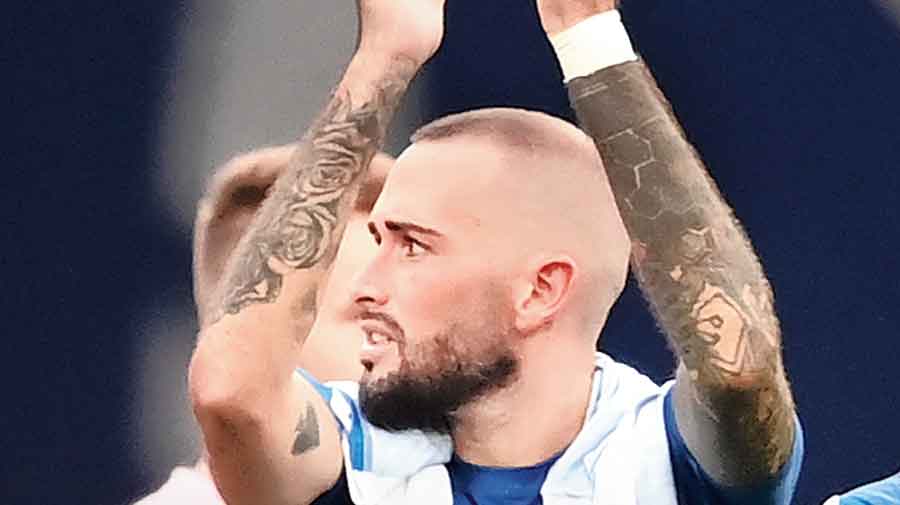 Real Madrid’s stuttering form continued on Sunday when they were stunned 2-1 away at Espanyol in LaLiga.

Carlo Ancelotti’s side are now without a win in three games in all competitions but remain top of the table on 17 points, ahead of city rivals Atletico Madrid, who beat Barcelona 2-0 on Saturday, on goal difference.

A goal in either half from Raul De Tomas and Aleix Vidal was enough for Espanyol to secure the three points against Real. The Catalans moved up to 12th with nine points.

“We weren’t comfy. We conceded early and that makes the game tougher for you,” Real defender Nacho said.

Former Real Madrid youth team player De Tomas opened the scoring on 17 minutes after Ardi Embarba got in behind David Alaba down the visitors’ left and squared across goal.

Eder Militao headed wide on the stroke of half-time as Real sought a way back into the game but they found themselves two down when Vidal danced his way through the middle of the park on the hour.

Sergi Darder missed a glorious chance to make it three before Karim Benzema’s curled effort halved the deficit 19 minutes from time. Real, though, were unable to find an equaliser, with Eden Hazard’s late effort ruled out for offside.

FC Barcelona striker Luis Suarez heaped more misery on his old club as Atletico Madrid claimed a 2-0 victory over the Catalans on Saturday.

First-half strikes from Thomas Lemar and Suarez were enough for the champions to secure all three points and heap pressure on the visitors’ beleaguered boss Ronald Koeman.

Barca have won just one game in their last six in all competitions as their early season struggles show no signs of easing.

“We started well enough, we were brave, but then they create two identical situations and scored twice — whereas we could’ve played for three hours and not scored.”

Osasuna’s fans enjoyed a 1-0 win over Rayo Vallecano on Saturday in the first Spanish league match to be played before a stadium at full capacity since the start of the coronavirus pandemic. The 19,000 spectators at El Sadar stadium in Pamplona saw a stoppage-time goal by Manu Sanchez snatch victory for the hosts.