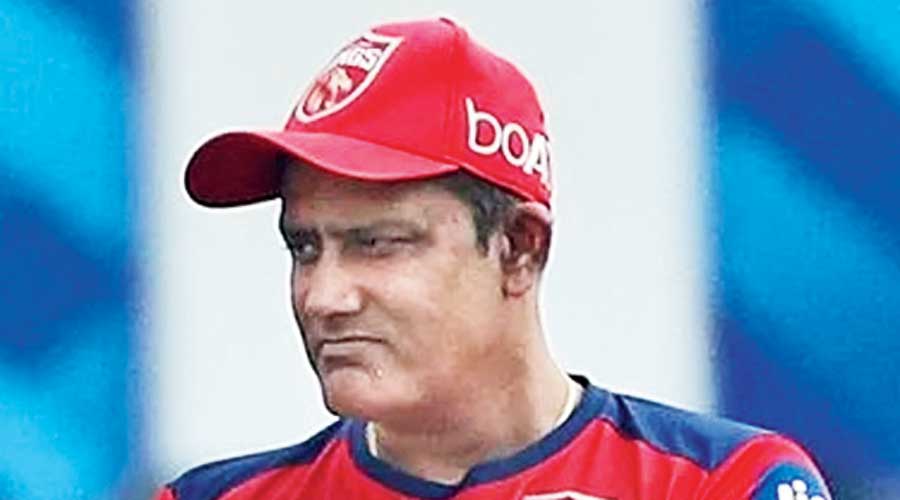 Head coach Anil Kumble made his displeasure clear over Punjab Kings losing close games frequently, as he feels this has become “a bit of a pattern” for the team.

Punjab had the game well in control when they required only four off the final over with Aiden Markram and Nicholas Pooran both set. But Kartik Tyagi bowled a wonderful final over in which he gave away only a single, and dismissed Pooran and Deepak Hooda, leading Rajasthan Royals to a stunning two-run win.

“It has sort of become a bit of a pattern for us, especially as soon as we get to Dubai, it seems. There was a clear message saying we need to finish the game in 19 overs, and that was the approach,” Kumble said at the post-match media conference.

“Unfortunately, we let it till the end and in the last couple of balls, it becomes a lottery with a new batsman going in. So yes, as I said, it has become a pattern and that’s something we need to discuss and sort out.”

Kumble said that the team management had given a clear message to the batsmen to finish the game in the penultimate over itself. But it did not turn out that way.

The legendary leg-spinner, however, gave due credit to Tyagi for the way he bowled the final over. “It was pretty obvious that he (Tyagi) was going to bowl wide outside the off stump, but somehow our batters didn’t take the right options,” the former India head coach said.

Kumble, though, praised Punjab’s bowling effort. “It was a very good wicket. We really came back in the last four overs. Arshdeep (Singh) bowled brilliantly, as did (Mohammed) Shami... I thought the bowling effort was really good.”