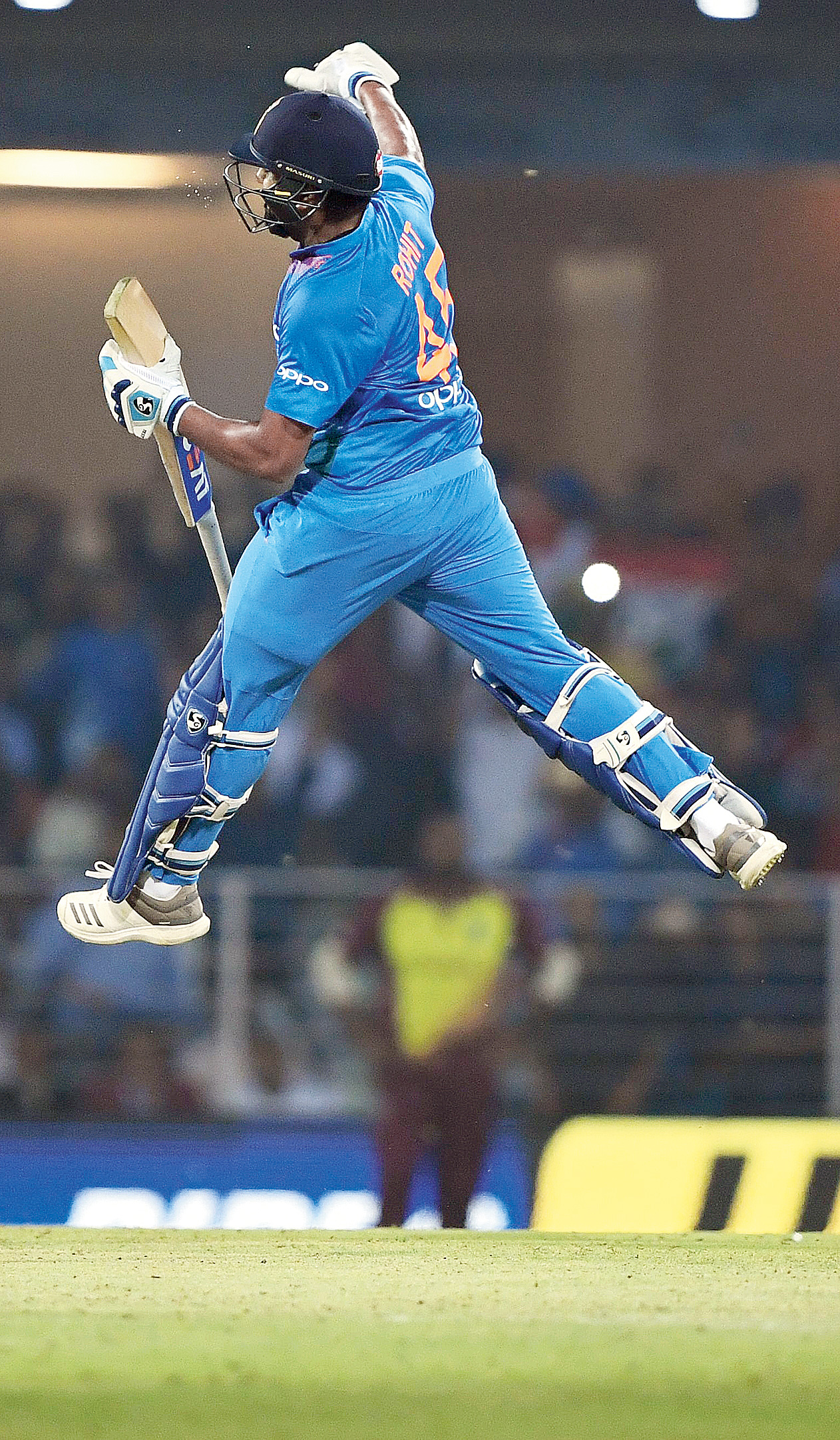 When Rohit Sharma captains India in a tournament or series, they invariably go on to win it. This seems to be becoming a norm.

It wasn’t too many days back when India won the Asia Cup in the UAE under Rohit’s captaincy. And on Tuesday at the newly built Ekana International Stadium, India hammered West Indies by 71 to take an unassailable 2-0 lead and win the three-match series.

Besides, Rohit broke two records in the game. He first surpassed regular captain Virat Kohli to become the highest run-getter for India in T20Is and then got his fourth hundred to top the list of century makers in the format.

Courtesy Rohit’s 111 not out off 61 balls, India posted an imposing total of 195 for two while West Indies’ problems only compounded as they eventually laboured to 124 for nine, handing India a comfortable victory.

On a rather unknown pitch, the idea was to first get used to it, set a nice platform and then go for the attack, Rohit explained. Also, he was really pleased to see everyone returning home with smiles on their faces hours before Diwali.

“Like I said at the toss, not many games have been played here at this venue. So, we first wanted to get used to the pitch and see how the wicket is behaving. Hence, we took our time. It’s important to understand what the pitch is doing, and then we carried on from there,” Rohit said during the post-match presentation.

“Whenever you get an opportunity, you try and do your best. Today we had a perfect platform and having laid the foundation, we never looked back.

“The good thing is that everyone who came to watch the game will go home smiling. We made everyone smile and this is what we play for...”

Rohit and his opening partner Shikhar Dhawan put on 123 in just 14 overs, which set India up for a big total. Rohit lauded Dhawan for his performance that came after a string of low scores.

“Shikhar’s instinct is to put pressure on the bowlers. He wanted to take his time after getting out cheaply in the last few games. We took time initially, but when Shikhar gets going, it’s not easy for the opposition.

“I think 120-plus partnership between us was crucial and then KL (Rahul) finished off really well,” Rohit said.

Young Khaleel Ahmed has been delivering with the new ball, as Rohit too patted the left-arm pacer for taking up the challenge to bowl upfront and taking wickets as well.

Jasprit Bumrah didn’t take the new ball, with Rohit saying that the team prefers to use him differently in the shortest format.

“ Bumrah has been one of the premier bowlers for us. We use him differently in T20Is as compared to ODIs.

“Khaleel is a different bowler with the new ball as it gives him more confidence. He looks to swing the ball and he has taken up that challenge well of bowling with the new ball really well. It’s only helping the team when someone like Khaleel bowls in such a manner and takes wickets upfront.”